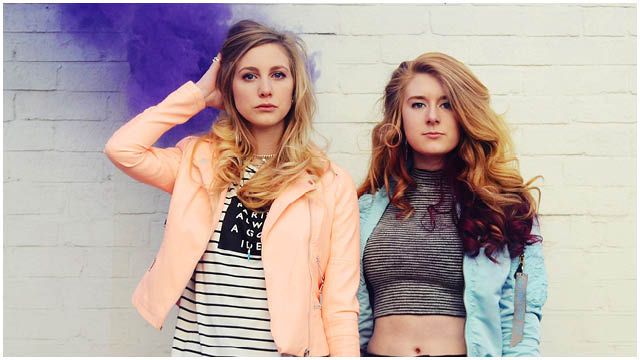 Delora are the hot new Pop/Indie band from London. The girls, Lucy and Lauren are hinted on being the hot new property in the UK music industry.

Delora are known for writing all their own music, which is a combination of addictive indie pop combined with a finishing layer of catchy melodies.

Last year Delora released their debut EP ‘Superglue’, which went down a storm with the fans and the industry alike, with a great haunting sound and a dusting of catchy lyrics.

Delora are now back with their highly anticipated new single ‘Sober’, which we on Flavourmag are exclusively premiering for you guys!

The single is out on the 10th May 2015 and can be pre-ordered on iTunes: smarturl.it/delorasober

The girls second single was released last year in April and premiered at the Isle of Wight Festival and managed to reach the heights in the iTunes Chart.

Delora are now lined for an exciting summer with a number of summer festivals for 2015, including the exciting news they will be playing The Big Top at PennFest as well as the hints of a support tour.

I have heard nothing like these girls, they have their own unique sound which is really catchy and is set to take the UK by storm! If you haven’t heard the girls ‘Superglue’ EP you can also download that on iTunes: smarturl.it/delorasober