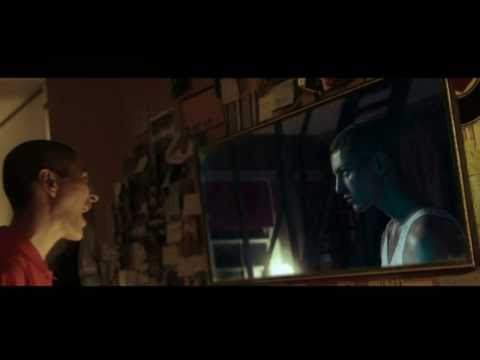 His dream was to become a footballer but when that didn’t quite work out he instead followed his next passion, which was music. The start of 2010, saw James Devlin (best known as just Devlin), establishing himself as one of the most talked about MCs on the UK scene. His debut album ‘Bud, Sweat and Beers’, was hugely successful after selling over 100,000 copies. He then continued this rolling success with the release of his second single ‘Runaway’, which is also his best-selling single to date. “It’s just been so quick I haven’t really had time to think”, ahead of the release of his third single Devlin, spoke with Flavour’s Noel Phillips, about his journey in the fast lane, his upcoming UK tour and working with both Labrinth and Jessie J.

We spoke to you just before the release of your debut single ‘Brainwash’. You’ve come a long way since then, how would you describe your journey?
It’s just been so quick I haven’t really had time to think. Everything’s just been so busy, but I seriously didn’t expect it all to have gone this well.

Do you still remember that first time when you put pen to paper and started to write?
I think I must have been about 13 years old. It was definitely a moment that signified how far I’ve come from back in the days with the Nasty Crew and Roll Deep. I have done a lot with a pen and a pad in my bedroom seven years ago, which was a starting point.

How would you describe your recent album ‘Bud, Sweat and Beers’?
I suppose the album is more a collective of my thoughts and an insight in to my little world.

You’ve now hooked up with Labrinth, for the release of your third single ‘Let It Go’. What was it like working with him?
It was a great pleasure, especially as he is doing his thing at the moment. You’ve got to respect what he does as he’s worked with some big names. So for me, it was great to team up with him. Over the last year, I have met a lot of nice people, but he was definitely one of the coolest.

How do you approach collaborations? What works for you?
When Labrinth and I were in the booth, I sort of knew that we would come out with something good as we are both very talented people. You can’t always collab with everyone as there are people who I maybe wouldn’t work with, and wouldn’t want to work with me. Speaking of collaborations you were recently in the studio working with Jessie J on the remix for her new single ‘Price Tag’. What was she like to work with?
She has got a lot of energy and a great personality. It was sick to get in to the studio with her as she is just a lovely girl. She is also from my neck of the woods and it’s just great to see someone from my manor doing well.

Do you ever find it difficult balancing your mainstream success with your underground roots?
I just try to stay true to myself. My very first mix-tape that I did, I really do feel that I have developed from what I have been doing over the past five years. I have been on the underground scene doing my thing, and I’ve just got better and progressed.

How would you describe the Devlin process of making music?
[Laughs]… Literally Bud, Sweat and Beers. Usually, we just get in to the studio then get a beat going before coming up with a concept, and start attacking some verses, and sometimes certain songs bring out different feelings and emotions.

So, your about to embark on a mini tour around the UK, what can fans expect? Any surprise guests?
We always pull out a few surprises but I don’t want to say too much as its just going to be a good tour. For me though it means a lot as I’ve grown up with the likes of Ghetts and Griminal who have both come a long way with me from doing underground raves. I really can’t wait to get out there and for the fans to hear all the live music from Bud, Sweat and Beers.

And let’s just say if you followed your childhood dream to be a footballer instead of a MC. What team would you want to play for?
I would have definitely played for Tottenham Hotspur, as I am a big fan.

Devlin ft Labrinth – ‘Let It Go’ is out now. For more info or for tickets on his upcoming tour check out www.officialdevlin.com

The Official Bud, Sweat and Beers Tour is the most powerful UK rap show of the spring.