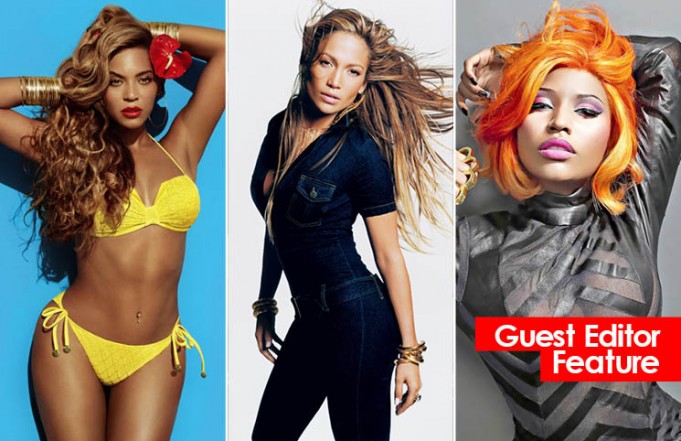 The battle between light skinned women and dark skinned women has long prevailed and as someone of mixed heritage it is something that bewilders me. What’s more shocking than the thought of a colour- off is that darker women are contemplating the use of strong bleaching and whitening products in a bid to lighten their looks.

Born to an English mother and Jamaican father I see myself as privileged, yes I have an all year glow, yes I straighten my hair if I feel like it but easily I’ll wear it curly if I don’t. It wasn’t always this way though, as a child growing up in a predominantly white area my mother hadn’t a clue what to do with my thick and tangled hair, us lighties were few and far and people shared their hell bent views that being half cast as I openly called myself as a child was somewhat of a taboo. It was seemingly worse to come from interracial parents than to be born out of wed lock (not that I give two hoots about either situations.)

Shake it down to 2014 and it seems to be a different story, a story that posed an interesting and debatable question- “do men prefer light skinned women?” Now I’m no scientist and I have no facts or figures but I do have a few theories that may humour you ever so slightly. The music industry is currently afloat with derrière induced songs, most famously Nicki Minaj’s ‘Anaconda,’ and less famously Jennifer Lopez’s ‘Booty.’ I think it’s an interesting point that body parts of a planetary size are being embraced and celebrated, rather more noticeably by men. Is the male population being brain washed with all these images of seductive and caramel complexions? I’d like to give men some credit but at least they are appreciating the female form but then when didn’t they?

Could men prefer light skinned women due to their 50/50 mix of ethnicity? Could one be so brazen to suggest that men are getting the best of both worlds? A woman that is somehow petite but has accentuated curves in the right places? Big lips with light eyes, Caucasian features mixed with black ones, a super breed of body parts?

Perhaps it is the way that some light skinned women hold themselves that demands attention. From this point of view may I mention I have friends of all creeds but a small minority of my mixed friends have an air of confidence, if a small dose of arrogance. Could it be that because these women carry themselves with such viciousness that men stand up and take notice?

Is it unruly of me to say that in this day and age there are far more interracial couples and families than there has ever been? To go back to my super breed point, I would oppose that we are not, no race is more superior than the other but we have definitely expanded in numbers and due to this it’s much more social able acceptable to date someone of colour.

Dare I say this but is dating a women of light skin something of a trend? It certainly seems that way throughout the twitter world with hash tags under #lightskinnedgirls praising their beauty but damning their inability to respond to a simple text and thinking they’re all dat!

In my conclusion men like women as standard, they’re not so blinded by the light that they will only go for light skinned women. Women have always and will always be unhappy with something, whether it be that they are too dark and feel to bleach their skin, or that they are too pale and want to wear fake tan. Isn’t it all a little superficial that after everything society is still a tad shallow to be choosing a lover because of colour, than because of what’s underneath? Those lighties shouldn’t be stigmatised as being on their high horse because I’m proof of this, I feel that I’m a pretty level headed person with the attitude to treat people with respect and respond to that lighty loving man because it’s just manners isn’t it, even if you are going to boy them.

After publishing this article we spoke to actress Shanika Warren-Markland who starred in the movie ‘Gone To Far’ which was the inspiration for this article and she wrote this lovely response.

Black Is Beautiful No Matter The Shade When I first watched Bola Agbaje’s play ‘Gone Too Far’ at the Royal Court theatre in 2007, I turned in my seat and said to my friend, ‘I want to slap that Armani girl’. Yes, I realised Armani was merely a character and I didn’t want to slap the actress portraying her (Zawe Ashton) but the character genuinely inspired real anger in me, with her bling, comb in her hair and superiority issues because of her light complexion.

To be able to play a character that had moved me so emotionally a few years later, in the film adaptation of Gone Too Far, was a blessing as an actor. I’ve been booed and heckled in Q&A’s so it’s fair to say I’ve inspired the same kind of rage in audiences. The film is a comedy but it does look at issues of cultural identity for a group of young people growing up on an estate in Peckham, South London and there is a scene where Armani accuses best friend Paris of being jealous of her because of her lighter complexion, claiming dark skinned girls are always hating on her. Let me be clear. Bola wrote the character Armani because she is important to the plot and she brings about discussion and debate among people in our communities, where colourism is a very real issue. The scene inspired Flavourmag guest editor Aria Alagha to ask writer Vanessa Carby, ‘Do men prefer light skinned girls?’ If I’m being completely honest, even the title of the piece was uncomfortable for me, and no disrespect to the writer or her experiences, but some of the content didn’t sit well with me at all.

“Could men prefer light skinned women due to their 50/50 mix of ethnicity? Could one be so brazen to suggest that men are getting the best of both worlds? A woman that is somehow petite but has accentuated curves in the right places? Big lips with light eyes, Caucasian features mixed with black ones, a super breed of body parts?”

I’m just gonna be blunt. Some light skinned girls are ugly. It’s true! A lighter complexion is no guarantee of beauty, but stereotyping and a consistent favouring of one type of beauty has led to this myth. I’m all for personal preference, but this kind of lauding of light skinned females is nothing new, in fact it is a by –product of colonialism. We all know about the mixing of races during slavery and how that went down. The media is also at fault; lighter complexions, straight hair, closer to a European standard of beauty are routinely the type of Black beauty we are told is acceptable in mainstream films, television and music. Even stars as big as Beyonce have been accused of lightening their skin and that’s before we even start on the bleaching phenomenon and the dreaded cake soap.

Being constantly fed the story that light skinned is better has negative effects on the Black community. Armani was being a cow to Paris in the film, but what she says has a grain of truth. I have been accused in the past of thinking I was ‘too nice’ or being stuck up because of my complexion and hair, products of my mixed heritage. This is just as damaging.

We need to stop supporting theories that deepen the divides between Black and mixed race people based on complexion. Vanessa Carby uses the word ‘lightie’ several times, even in reference to herself and says:

“…a small minority of my mixed friends have an air of confidence, if a small dose of arrogance. Could it be that because these women carry themselves with such viciousness that men stand up and take notice?”

Perpetuating these negative stereotypes of light skinned women being arrogant and stuck up is not helpful. Laughing and liking light-skinned memes on Instagram seems harmless and funny but again, it is buying into the stereotype. Those #teamlightskinned hash tags make me sick as they literally pit us against each other, as two separate ‘teams’.

We need to stop seeing it in this way, as two separate teams instead of one united and beautiful race. Educating people is the key; you can be sure I’ll be slapping my younger brother or sister if they ever try drop some ‘team lightskin’ rubbish around me (they’re my siblings so I’m allowed!) The media are making small strides; after the initial fetishisation of Lupita Nyong’o, it is now just accepted that she is a beautiful, talented, dark skinned woman who kills the red carpet and deserves Lancome campaigns, Kerry Washington is the lead of a huge US programme, Scandal.  Slowly, slowly, people are seeing that Black is beautiful no matter the shade…but we should already know this.