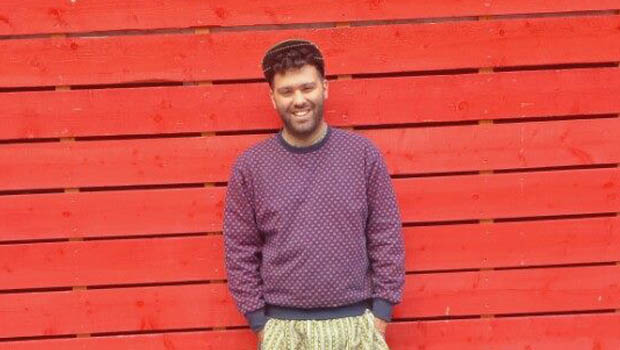 I remember the day I met Leonard Foster almost a year ago… Flavour were doing a Google Hangout with my client Gabriella Cilmi off the back of her latest album release ‘The Sting’ and it had been a long year of studio sessions, cross referencing mixes, rehearsals, video shoots in Italy and gigs.

It had also been a tough year for me personally, I had left the Social Media marketing company where I had started off as an intern and quickly worked my way up to developing a small but excellent team of creative people with whom together we launched over 600 Facebook tabs and apps over the 3 years that I stayed. My future was uncertain, I hadn’t secured another job to go to, but I had built up a great reputation and client list away from the company in my spare time. After the excitement of being my own boss wore off (and my back balance depleted) I put myself out there with numerous recruiters who each offered more money and bigger clients than the last, but ultimately failed to deliver on that promise. My confidence was at an all time low, but I knew that the right opportunity would come, and that I had to put all my efforts into being creative & learning new skills… wether it was making GIFs, editing videos, or designing artwork for unsigned bands.

One of the things I’d become a little obsessed with in that period was Nigerian cinema A.K.A Nollywood. I think I’d randomly picked up a battered copy of Church On Fire in my local market and was intrigued by it so much I started to do some research online and found a few Youtube channels that would tide me over until iRokoTV became properly established. I even went as far as to collect screenshots and make GIFs to develop a couple of ideas for Tumblr blogs (Nollywood Swag & http://big-gurl.tumblr.com)  to see if I could find others like me…  Let’s say it didn’t quite kick off like I’d hoped. But it was as if the Universe had a plan for me, I saw a Tweet that MTV were looking for a Social Media Community Manager on a short term contract, it turned out that the project was a Nigerian drama series called Shuga which deals with HIV and promoting safe sex … I went in for a half-hour chat which turned into me talking for a full 90 minutes about Nollywood and the issues gay men face with safe sex, regular testing and HIV….

I got the job, and this changed everything. For the next 3 months (and over xmas) I would spend almost every waking sober moment (and quite a few drunk ones too) writing content calendars, updating the website, going through each episode frame by frame to gather screenshots (and of course GIFs for the new Tumblr page), Tweeting, reporting and immersing myself in the world of Shuga. It was a very creative and rewarding time, I don’t think I’ve ever been part of something that had so deeply impacted people’s lives in the way that Shuga did by encouraging people to remove the stigma surrounding HIV+ positive people, and to have families in Nigeria talking about safe sex.


It was at this point I had a reason to get back in touch with Leonard Foster about running a competition for tickets to the UK Shuga premiere, and to see if he would be interested in highlighting the show’s broadcast through BET International (as well as 80 other channels Worldwide) on Flavourmag. It was at this point that I’d really started to pay attention to the content going up on Flavourmag, and I had researched the idea of becoming a Content Editor and creator for websites as I saw the organic reach of Facebook posts dwindling and the rise in popularity of sites like Buzzfeed. But it wasn’t until my latest role as Social Media Strategist at Mama & Company that I seriously started advocating this idea to my team. So when Leonard Foster approached me with the idea of being guest editor for Flavourmag for a month I instantly accepted (much to his surprise!).

So again my working hours have extended beyond the 9 to 5, through weekends and into dinner parties with friends (what better time to discuss the need for better gay role models?) and I’m absolutely thrilled to be able to share some of my ideas with you guys. I hope you enjoy reading them and sharing them with your friends as much as I’ve enjoyed researching and writing them.

Here is a list of articles that I have written myself or have commissioned someone from the Flavourmag team to write for this months themes. Once the article is published it will turn into a hyperlink, so please do check back at this page.

Movies:
Hockney by @Filmmadzed
Get On Up by @filmmadzed
The Women of the Hunger Games: Which Hunger Games girl are you? by @belindawedd_

Music:
– MNEK’s top 10 Jam & Lewis moments
– The many faces of Timbaland by @BertieFox
– 10 of the best British Super-Producers by @JoeWall3r