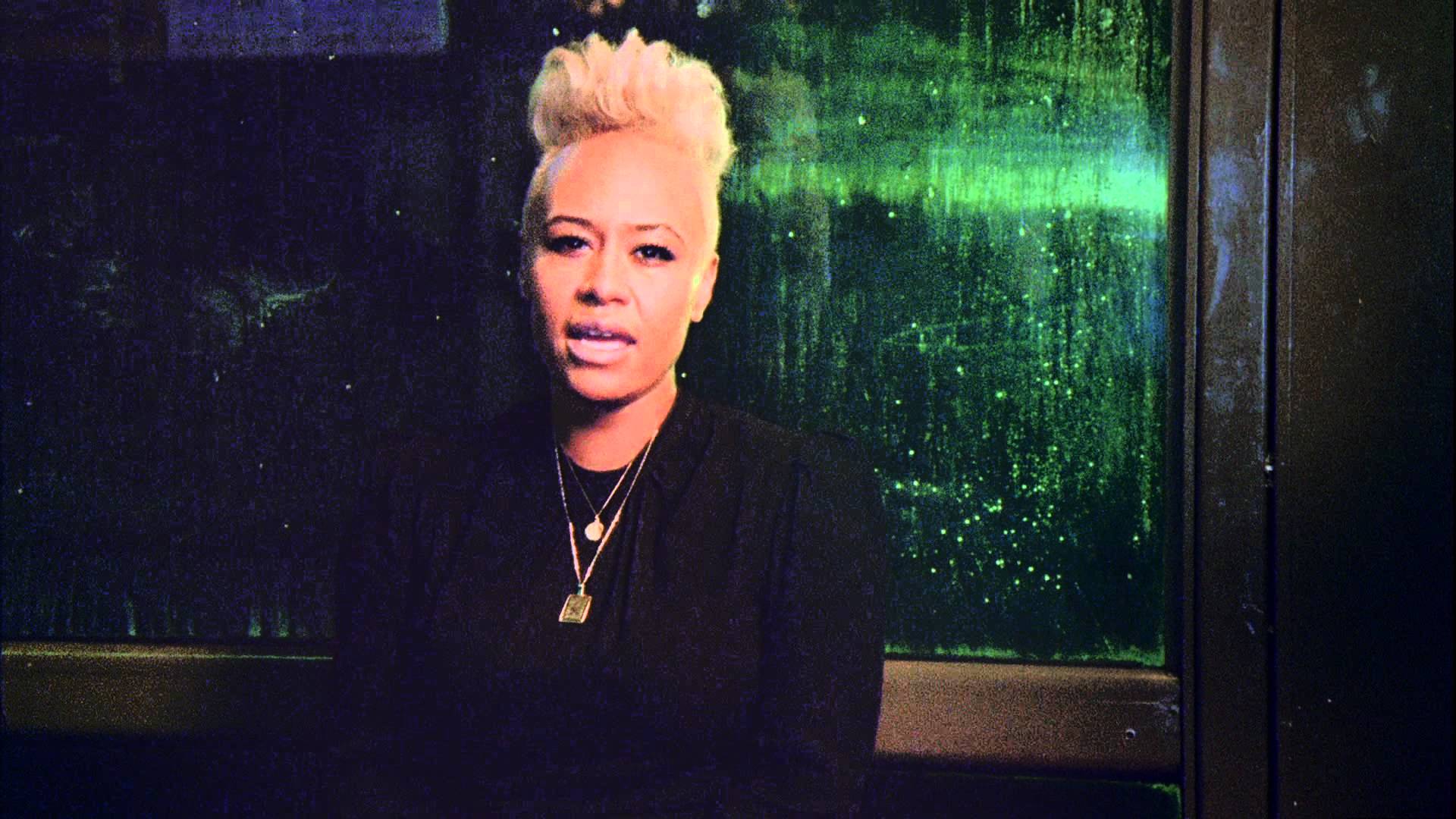 Emeli Sandé is one of the clear rising stars of 2011. The Scottish-born singer-songwriter has already co-written songs and collaborated with some of the cream of the UK music industry, including, Tinie Tempah, Tinchy Stryder, Professor Green and Susan Boyle, while also achieving two Top 10 hits alongside Wiley on ‘Never Be Your Woman, and Chipmunk’s ‘Diamond Rings’, which she not only sang on but co-wrote. With her debut single ‘Heaven’ peaking at No 2 in the charts (blocked from the top spot by Wretch 32’s ‘Don’t Go’), this talented young woman is hard to miss. Erupting back onto the scene after completing a Neuroscience degree at Glasgow University, Emeli has decided to concentrate solely on music, which has always been her dream. ‘People I’d meet on the course would inspire me because they had wanted to be doctors since they were four or five, and I just knew I didn’t,’ she says. Although she loves medicine and would like to go back to it in the more research side of things, learning about the brain and musical therapy, her passion remains her music, which comes through clearly in her voice.

While studying medicine, her stylistic freedom was held in check, but now we can see the real Emeli emerging. Cutting her hair short and dying it blonde was something she had always wanted to do, along with the addition of a few tattoos. ‘I love tattoos. I have Frida Kahlo on my arm, but I should probably stop; I’m getting a little bit to addicted to it now. I love expressing myself through the way I look just as much as my music.’

So can we expect to see more crazy styles from Emeli as her sound evolves? ‘Probably,’ she says, ‘I’m always changing. I hate being the same thing for too long. Maybe I’ll have green hair by the end of the year, I’m not sure. At the moment I’m OK; I think I’ve gone quite crazy quite quickly. I think I’m just going to chill out and stay a bit calm.’

With the music industry not making as much money as it used to and major labels suffering a loss, it is not always a bad thing as it can pave the way for independent labels and artists. ‘Artists are having to develop and build this big fan base without major labels,’ Emeli explains. ‘Major labels are becoming less and less important, which is quite exciting. With people like Ed Sheeran coming up and Wretch, they have built their careers from just having great music and great lyrics, and people connecting with them. I think it’s exciting to see people like that in the charts. It’s a good time right now, especially in the UK. People can be quite experimental, and great musicianship is just essential.’ Emeli has always said her music does not fit into one particular genre. Her debut single, produced by Craze & Hoax, is a mix of soul, jazz and drum ’n’ bass. This is a strong and powerful start to her career as a solo singer. ‘I really wanted ‘Heaven’ to be the introduction to me because I loved the lyrics and it really sums me up. It’s one of my most honest songs. It’s a confession, saying you know what? I’m human, I have flaws, I mess up every day – but I am trying.’ The video includes a lot of religious symbols, such as angel wings and crosses, with ‘Fear Is Your Only God’ written on a window.

With her debut riding high in the charts, Emeli can relax for a bit. Before the single was release she says, ‘I felt very excited, but at the same time quite nervous, because usually I would have had someone to share the pressure with, or blame someone else if it doesn’t work out. This time it was all on me.’ Now she can add one more Top 10 single to her list.

But where does her music ability come from? Her mum is from England and her dad, Joel, is from Zambia. He taught himself how to play in the school choir, and many of her family members in Zambia are musically inclined. Though her mum may not be musical, she is her number one fan and like us she’s looking forward to hearing the album.

As a songwriter, Emeli likes to tell stories about her personal life and life experiences, those of herself and people around her. Talking about one song from her album called ‘Clown’, she says, ‘I’m really happy with the lyrics in “Clown”, it’s just describing how I felt in that moment; it’s quite hard to describe, you will have to hear it.’ Emeli promises the album will be full of ‘good lyrics’. She says, ‘That’s the first and foremost thing. I just want it to be very honest and very exposing; I never hold anything back when I’m writing songs. You can expect to just really get to know me when you hear it.

Talking about the future, Emeli says as long as she is making music people want to hear, she will be happy, along with writing music for films. ‘This is my ultimate dream, making music as a career is just perfect. I’d love to win an Ivor Novello; that would be fantastic, just for songwriting. I’d love to work with André 3000 and Nicki Minaj.’