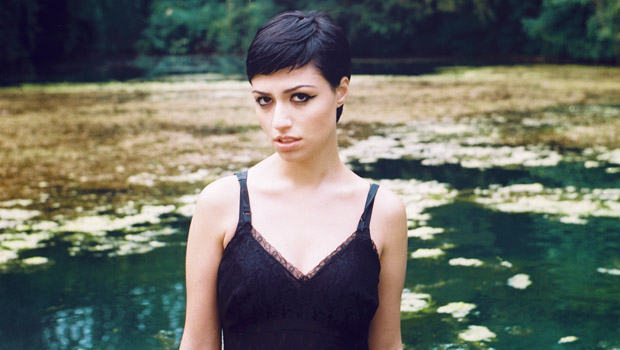 Three years ago, she was surfing a tidal wave of mainstream recognition. On her 2007 debut, Lessons to Be Learned, Gabriella Cilmi was a sweet, bubblegum, fresh faced, yet edgy, brunette who was singing pop songs with radiant innocence. Cilmi’s ascent as an artist has been true to heroic form. She started young, impressing critics with a string of hits. Her breakthrough single, Sweet About Me, shifted over two million copies and topped the charts in over fifteen countries. “When I was writing it, I did feel that there was something special about it,” she recalls. “But initially, when it was released it didn’t pickup, but after being re-released it suddenly took off.”

Cilmi understands the connection that the song has with fans, but admits she finds it strange to be in a situation where she constantly has to perform it over and over again. “I feel in some ways that record has overshadowed a lot of the other work that I have done,” she says. If the overwhelming admiration is making her uneasy, it’s certainly not detectable. When asked whether she has learned to deal with the paradox as a songwriter, where people only want to hear a selected few of her records, she admits, “It’s not something you can easily adjust to, but at some of my gigs there are people there who tend to sing along to my other songs. That really excites me.”

In spite of her premature success, the unrelenting truth is that the Australian singer-songwriter went through a period of crisis and hardships. From the outside, the 21-year-old was presenting a colourful pop personality – but deep within she was a turbulent dark cloud. “At one stage, I had no management and no label. I didn’t know what the hell I was going to do. I was pretty depressed and my self-esteem took the blunt of it. I wasn’t even sure whether I was going to make this album.”

The stakes are different this time; she utters, in a high, low-pitched voice, wearing heavy, glam-rock makeup—a striking departure from the initial perception of the young woman we once knew. With her career now solely in her hands, Cilmi remerges as someone much liberated than a manufactured popstar—in one sense, a composed figure, but in another, a woman whose previous blindness seems to be the product of her sinister defiance.

“After my second album, I went through a period where I was not sure what was going to happen to me,” she says. “I broke up with my management who I had been with since the age of 14. I was really unhappy with the way how my last album was promoted. I didn’t feel I was given the freedom to spend time and write the material that I wanted.” Although she won’t discuss the exact details behind the split; it was a difficult time in her life.

But since then, Cilmi has found her atma and has developed a nostalgic, dark, moody and avant-garde soul sound for the independent release of her third album, The Sting. It’s a risky approach and a high-risk project precisely because it carries expectations. “I am no longer with my label. This is an album where I express myself in the most honest way that I can,” Cilmi explains. “I was stung, but I wasn’t killed. Instead, I had a bit of an allergic reaction and as a result of that reaction this album was formed.”

Rather than plunging into obscurity, Cilmi is having the last laugh: her latest single, is a complex and densely textured second act. The record outlines her recent rummage for redemption. It’s also a metaphor about bees that could give her previous offerings a run for their money. “The only artists I collaborated with were Tricky and my brother. It actually freaked me out working with Tricky. I was really star struck.” Cilmi spent a month in Paris wrestling with the renowned producer and developing a close bond. “I spent the first day drinking tea and listening to some of his amazing stories. I think he even made me cry at one point,” she exhales with a sheepish laugh.

“I also remember both of us stressing each other out and him asking me, ‘Why do you get so worked up? It’s only music. You should do boxing.’ In the end, we came up with a track that is one of my favourites off the album.” Listening to Cilmi, you begin to realise that this incessant drive, balanced with an ardent practicality about the direction is she heading, is what’s driving her along. In the video for new single, The Sting, the often-smiling teenager is surrounded by darkness, obscurity and shadows.

“I looked at a lot of neo-realism photography for inspiration,” she says. “I loved the way how people were living in poverty, but still looked beautiful. I wanted the video to have almost a horror kind of feeling to it. That’s why we filmed it in a church in Camden.” If you ask her what the purpose of making music is, she will grin and say, “It’s my way of putting a little bit of love into the world. Obviously not everyone appreciates what I do, but even if just one person does, it reminds me why I do this. When someone can relate to an experience you’ve had, it just makes you feel more human. It also gives you a sense of connection.”

It’s hard to deny that Cilmi knows her own mind. Through it all, the former pop confectioner has blossomed into a confident young woman, skilfully capturing the insecurity of an artist navigating the decline of a promising career. “Some things are better left in the past and although some things will always remain with you, you have to move forward,” she says. Good thing, because, perhaps the only thing better than a lasting mantra is an ever-changing one, especially for someone feeling as free-spirited as Cilmi.

Gabriella’s single, ‘The Sting,’ is out now. The album will follow on 28 October.