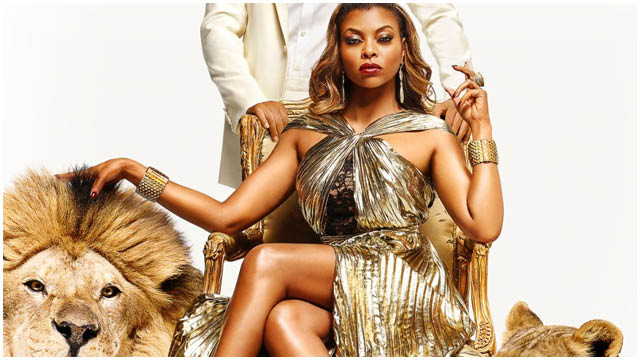 Taraji P. Henson and Terrence Howard look regal in the brand new posters for Empire Season 2. Reprising their roles as Cookie and Lucius Lyon on the second season of ‘Empire’, Taraji takes centre stage while wearing a gold metallic dress and heels to match while surrounded by a pair of lions.

Taraji P. Henson who was nominated for best actress in a drama series for the Primetime Emmy Awards, The hit show returns on FOX on September 23rd. We do not have a UK release date for Empire Season 2, however as soon as we do, we will post it right here.