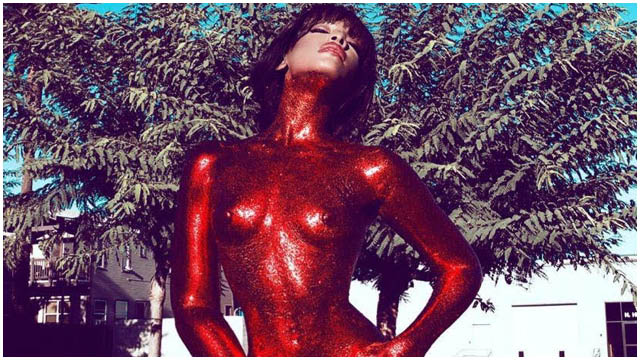 After two hugely successful independent and critically acclaimed albums, D∆WN is now back with her first single from her up coming third album in her trilogy of albums and it’s a banger of a track! D∆WN is gearing up to release her third album, Redemption Heart in early 2016 and starts her promo with the dance track, DAWNxDANCE! The track is written by Ester Dean, a singer-songwriter who has worked with the likes of Chris Brown, Britney Spears and our very own Tinie Tempah. The funky house beats that come from Noisecastle III and Swagg R’Celious instantly make you get up out your chair and dance! “I wanted to create a vibrant atmosphere,” said D∆WN. “The Red Era is about moving on, redeeming yourself, and finding redemption. It’s time for people to start feeling good and start embracing who they are while dancing in their own light. That time is now … Let’s DANCE!”
The singer-songwriter has stated that The Red Era will take a more mainstream approach compared to her last project, Blackheart. The new sound will be vibrant and fun that brings a happier chapter from D∆WN.
Grab your copy of DAWNxDANCE on iTunes now – https://itun.es/gb/9fEd-
Follow @DawnRichard and @Flavourmag on Twitter for updates.
Words by – Joe Waller
Twitter – @Joewa113r