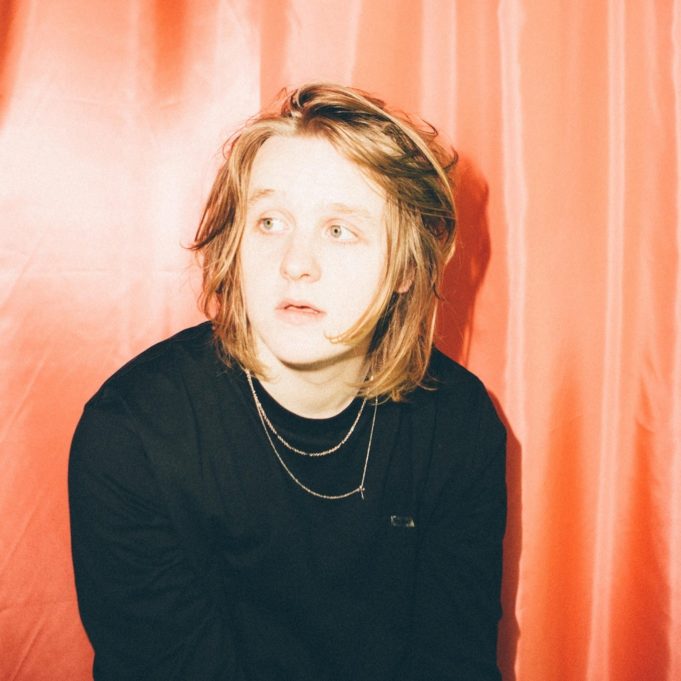 From playing in a 375 person venue to performing on the main stage at RiZe Festival.

We first met Lewis when he performed at Oslo in Hackney last year and just over six months later he’s performing at some of the biggest UK festivals ahead of his headline tour with Nina Nesbitt.

Capaldi will be playing Shepherds Bush Empire for the first time ever! With only 20 tickets left, he’s sure to sell out!

S- What was it like growing up in Scotland and wanting to be a singer?

Growing up in Scotland as a singer was alright but I was always just the chubby guy that sang songs, by the time I was halfway through primary school I was already singing. There weren’t as many opportunities for me to sing being underage but once you turn 16 I think there are a few more opportunities for young people

S- Do you remember some of the first songs you wrote? How do you think you have developed?

I remember the first song I wrote, It was called ‘The Show Must Go On’ and it was fucking shit! I still remember the chorus and I was trying to be clever so I wrote, “the economy is going down the drain and Robbie Williams is going insane”. I think Robbie was talking about aliens or some shit so I thought I was being really clever here. I hope I’ve got slightly better.

S- If you could collaborate with anyone who would it be?

I’d say probably, Shawn Mendes or Niall Horan! They’re amazing so It would be so fucking cool to do something with them! I also fucking love Raye at the minute, she’s great!

S- You and Niall? That’s something we’d love to see!

S- Your EP ‘Bloom’ came out last year, How close are we to getting an album?

S- You’ve been playing to some really big crowds lately, What was that like? Do you ever get scared?

I’ve been shitting myself and I’m listening to a man on stage now and I’m thinking wow they’re so much better than me! We’re still trying to piece together everything because it’s all happened so quickly and live is what’s moving along really fast, shows keep getting bigger and bigger, I feel like I’m still catching up to everyone. I’m always trying to make sure that I’m giving people the best show as possible! For me, it’s very nerve-racking doing these bigger shows

S- You try to reply to everybody that tweets you, which is great to see, as many artists don’t have the time, but have you had any strange gifts from fans?

Strange gift? I don’t think I’ve had any yet but I got this really nice hat that said #Model because I call myself a Model all the time.

Not yet, I would love that though… That’s when you know you’ve made it

A hoodie, I do like a hoodie! I feel weird without one and even if we’re going to hot countries, I have to wear one or at least have one with me! Got to Japan and it was boiling hot there and I’m like “ I can’t leave without a jacket”… even leaving my house without one I feel strange

Yeah, it is! What else? I recently got a bigger suitcase so I guess I would say a suitcase! I used to have this really fucking shit one where the handle was broke so I couldn’t even pull it along! I was walking like I had a stick up my arse.

Have you had an embarrassing moment on stage yet?

Yeah I’ve had fucking loads but this one time we played ‘House Festival’ which Soho House put on and it’s dead fancy, I felt extremely out-of-place because they were serving lobsters and I had an upset stomach

S- Oh no! I think I know what you’re going to say

So for that first set and this is more embarrassing for myself but I was basically holding in a shit! I was trying so hard not to shit myself!

S- and what would the theme song of your life?

Maybe an ABBA song! I like Winner Takes It All and I have no idea how it affects my life but I think that would make a great theme song to my life and If I had to listen to one song for the rest of my life, It would probably be that.

Yes, I’m so excited about it! As I said before, my live shows have just been growing insanely quick! We only have a few tickets left and it’s always the last batch that takes ages to completely sell out. Every other tour date is looking like it’s going to sell out as well so it’s incredible! I never thought I would be playing shows that big in such a short amount of time.