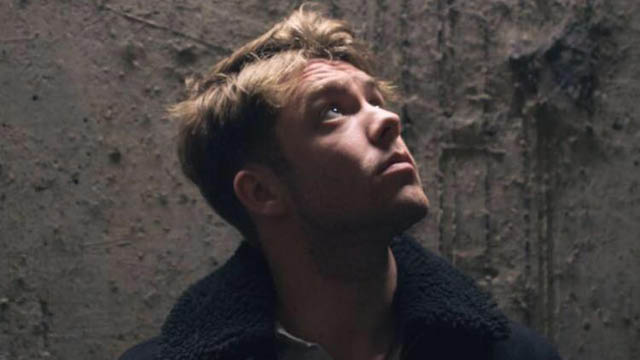 After walking around the venue looking for a quiet place to conduct the interview, which seemed impossible, we even considered doing the interview in the backstage toilets but that would be a different kind of story. We finally found a quiet spot in the stairwell and talked about John’s future plans.

Can you tell me about your EP? Are you road testing any new material on tour?

J- At the moment, I’m playing a lot of songs off the EP and also playing brand new songs that haven’t been released yet!

J- When I was trying to pick a name, I was living in Dublin and my mate come in at two or three in the morning, I had all these sheets with all these names written out and I choose ‘Little Hours’ because it was the little hours of the morning. It kind of stuck from there and I actually really like the name, it really relates to my sound

How do you find touring solo now? Is it any different?

J- I actually don’t mind it! I love touring with my band as well, there’s always a lot of fun when there is a gang but I do like touring solo as well because you get more time to yourself and you can do whatever you want during the day

Who was your main influence growing up?

J- there’s an Irish band called ‘Thin Lizzy’ and I think they might have been the first album that I ever got! I’ve always loved Phil Lynott, the way he wrote his music! He was definitely an influence on me!

What has been the craziest thing that has happened on tour?

J- I think the craziest thing was that I got to spend a week in Peter Gabriel’s studio! I recorded lots of stuff there and that was probably one of the craziest moments looking back.

Is there one place you’d like to tour that you haven’t been already?

J- I would love to tour in the US! That would be crazy!

Where is your favourite place to tour?

J- I’ve only really been on tour in the UK and Ireland, they’re very similar but there’s definitely a difference in the crowd! UK crowds know how to show up on time whereas Irish crowds are always late because they’ve had a few drinks beforehand but I think it really adds to it! Irish crowds love Irish bands and it’s amazing to have that support!

What has been your favourite gig to date?

J- A hometown gig for sure! I did a gig in Donegal; it was really nice playing a gig where I’m from!

What has been the most important thing you’ve learnt as an artist in the past year?

J- you can’t really slow down! You’ve got to work really hard; you’ve got to keep looking at the next opportunity!

J- I want to release lots more music and hopefully an album as well as do as many shows as possible! I’ve announced UK shows in April.

Don’t forget to catch Little Hours on tour this year!