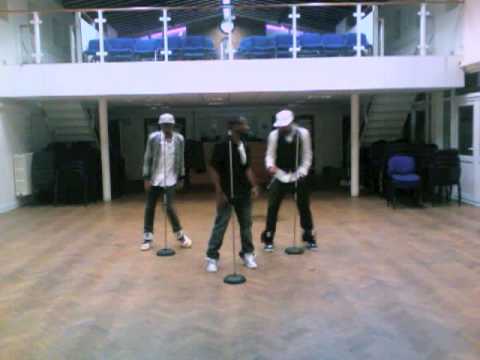 RnB group FDM has been out of the spotlight for a while, but 2010 sees the group’s return. Consisting of Jermaine Riley, Varren Wade “Baby V” and Kyle Lettman, the three cheeky chappies chat to Flavour’s Mandy Temple about first kisses, celebrity crushes and who they would most like to work with… Because we did ask them about their music too.

Describe your music in just three words.
J: Erm… something for everyone!

Have you always wanted to break into the music industry?
V: Well, we all did Performing Arts in college and one way or another found ways to perform in front of people when we were younger. So I guess you could say that the desire has always been there.

What gives you inspiration?
V: Just watching our main influences, such as Michael Jackson, Usher, Boyz II Men, New Edition and TLC perform and the effect it has on audiences around the world. It’s just inspiring to see someone share his or her gift to the fullest. We’re also grateful to God that we are able to do the same.

J: Yeah we like making fans scream too. [Laughs]

What’s happening with your next single release?
J: Well, we have a lot of options. We haven’t decided on the official single just yet. Since everything we say or think turns into being official it leaks on to the internet way before it’s time. But the fans are going to be getting great music until we do. That’s all I’m going to say.

What artist would you like to work with?
V: I think N-Dubz would be a great collaboration. There are three of them and three of us. Both groups are fairly dynamic so that would
be great.

K: I’d like to work with Alicia Keys. Her music is consistent and she is a great songwriter.

J: We’ve recorded a good few songs recently. I would like to hear what collaboration with Drake would sound like. His raps always complement whatever song he’s on. And we’ve been talking to Keisha, formally of Sugababes, for a while about some kind of duet. That’d be hot!

Since February is the month of love and romance, we want to know the ins and outs of your ideal woman…
V: I’d just like to be with someone who’s down to earth and fun to kick it with. Simple.

J: An ambitious girl who is confident but not full of herself. I have to be with someone I can laugh with and who’s comfortable with me being the silly guy I can sometimes be. I’m all about positive energy and I am a sucker for a pretty smile.

K: I like girls with a bit of an attitude problem. [Laughs] I see it as a challenge. Like Jermaine I love to laugh. So cracking jokes and having fun is important too. J: Someone I can marry eventually. [Laughs]

What would be your ideal date?
V: Jumping out of a plane. I think it’s good to keep a woman on her toes. Or off her toes, so to speak.

K: A long walk on the beach! Nah, whatever we do, it would have to involve lots of conversation, so that we could get to know each other properly. So yeah, in fact a long walk at some point maybe.

J: An early dinner followed by a concert of an artist we both like. Then depending on how cold and late it is, a long walk does actually work wonders.

Do you have a celebrity crush?
J: Cheryl Cole.

K: There’s an American R&B singer who I’ve always been a fan of named Keke Wyatt, but after seeing her most recent video that attraction has increased a great deal. I’m into her a lot more now.

Are any of you currently in a relationship?
[All together] Nope.

Have you ever had a date so bad you cringe at the memory?
K: I’ve had dates where I’d now cringe at the thought of being with that particular girl [laughs]. But my dates are never rubbish.

What gift would you give to win over a special lady’s heart? Give us some tips.
V: A pair of shoes. Never fails.

J: Probably write her a song and put her name in it. Or draw her a picture.

K: I think that depends on the lady. I’d do my research on what she would like.

Would you kiss a girl on the first date?
K: Definitely.

V: Yeah, if she was anything like Megan Good.

J: If we don’t kiss on the first date you have just become another friend.

Describe your first kiss. Was it toe-popping? Or was it a messy moment?
V: I don’t remember it was so long ago.

J: It was hilarious – so much unwarranted passion. [Laughs] I think like me, she had only ever seen it in soaps and movies. So we thought we were doing it right atthe time.

K: It was short and sweet, but satisfying.

Do you have a favourite chat-up line? What’s your best one?
J: I don’t do chat-up lines. I’m just real. The situation has to develop naturally in the moment for you to see how I really am and vice versa. I’m not going to talk unnecessarily.

K: I get straight to the point. Obviously I am speaking to you to find out your name and a little more about you. So I’ll just ask straight up: ‘What’s your name?’

V: If I told you I would have to make up a new one.

What would put you off a girl?
V: Bad breath, burping or farting. If you fart it’s a wrap.

J: Bad breath won’t get you past ‘hello’. It can’t be tolerated – and bad teeth.

J: No I respect a girl who is loyal to her man. It makes her more attractive but I won’t mess with her situation at all.

Do you think it’s up to the man to make the first move?
V: I hate that concept. I think it’s so 1919 [laughs]. Girls always claim that they know what they want, so come and get me.

K: I hardly ever make the first move, depends on my mood. I sometimes like the chase.

J: In a relationship I put all my cards on the table. You’re from Venus the moment you want things to be complicated and when you don’t know what you want. Leave the mind games and past issues on your planet babe.

K: I think men and women are more alike than we would like to believe. Women just come with some small print at the bottom: ‘emotional’. [Laughs]