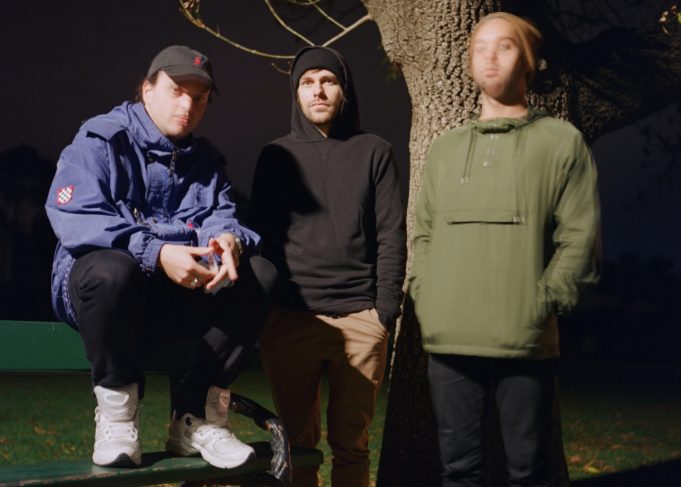 Presenting a brand new slab of unheard music and a delicious taste of what Variations Of Light have to offer with their latest offering ‘Lunar Beautific.’

The new hip hop trio from Adelaide has created a new realm of hip hop. Each with a diverse musical history of their own, Variations of Light comprises of producer/multi-instrumentalist Alnitak Kid, vocalist Nelson Dialect, and keyboardist Nate88. Their collaborative substance is a blend of sample-based production and live compositions which together form a hip hop and neo-soul influenced soundscape.

Beautifully complimenting each other combining Nelson Dialect’s confidence and lyrical skill coupled with Alnitak and Nate88’s soundscapes push the boundaries of forward-thinking hip hop. We sit down with Nelson and chat about the changing scene of hip hop in Australia, the MF Doom vibes and their upcoming projects.

Australia is coming up in terms of hip hop, how do you feel about the scene?

I feel great about it, there’s a lot of different artists doing vastly different things and there are a sound and style for everybody. It is in a strong place from when I first was first making Hip Hop in the early 2000s where it was a very small subculture. You see more interest from radio and media/festivals etc. With that, I think we can control our destiny more as artists if we didn’t care about catering for radio or festivals. Hip hop is rebellious and I think there can be too much playing it safe to ensure support from the industry in this country. If we can all see how we can dictate our culture it will provide more unity and progression independent of people who just are using music to keep a job or keep a profile. I couldn’t care less for any of that. Music first.

You just dropped some serious MF Doom vibes single, what was the inspiration behind it?

A few people have made that comparison which I appreciate a lot as I am a big Doom fan. That was not a conscious decision though. I guess it probably stems from the stream of consciousness style of writing/rhyming I like. Artists like Earl Sweatshirt, Willie the Kid, Vordul Mega, Doom, Ish Butler, Roc Marciano all share this in common and have been a big influence on me. They don’t just say things as they are in every line. They might in one line but play a game with you in the next. Make you rewind with how clever they are. I am inspired by this style of writing because I think that’s what living and life are like. It’s always throwing curveballs and unless you are brain dead or not thinking, your mind usually creates multiple conclusions or situations according to the information you are receiving. I like rappers that reflect this thought process. Almost as though it’s a direct communication of the moment. Not over-laboured. I can hear when a rapper has just overworked a song, or it is calculated, and I don’t really feel that. It’s not free, feels stuck.

If you could collaborate with anyone who would it be?

What festival would you love to perform?

The one in the afterlife where my musical heroes who have departed are playing.

What other projects have you got going on?

I’m working with a Bronx label Red Apples 45 on an album with producer Ray West. Also, songwriting for a French Hip Hop band Supa Dupa and working with a French producer NuTone on an album to be released in Europe. I have a new album with Must Volkoff from Melbourne in the works. New music with Alnitak Kid is coming out. Alnitak Kid and Nate88 have new collaborative music together coming out which sounds dope. Alnitak has some solo stuff too which is amazing. Also, I am writing a book.