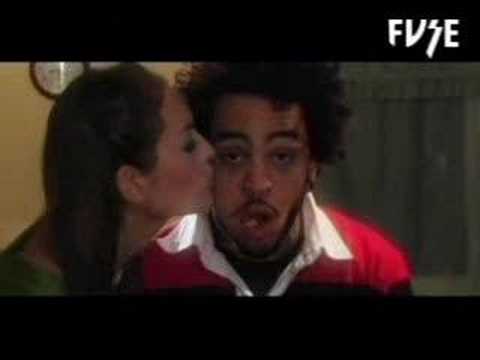 Gym Class Heroes: As Cruel as School Children
Flavour caught up with Travis McCoy front man of the four piece New York based hip hop collective Gym Class Heroes. They are responsible for tracks like Cupid’s Chokehold and a whole host of eclectic mish mash of hip hop, rnb and indie. In true school days fashion we put the GCH vocalist to the test and asked him to grade the guys on everything from the hotness of their groupies to their place in hip hop.

So Gym Class Heroes Grade your lyrical Content
A (of course!)

Who writes your songs?
I do (Travis)

What inspires you?
Everyday life really, the early eighties rnb, you know the really cheesy stuff, yeah we excel in cheese.

So rate your band name.
A+ The names is actually poking fun, the band all met in gym class we used to poke fun at the guys who were wannabe heroes.

Grade GCH on overall musicality
A Well the fact that we haven’t compromised our music to me is hot. We have like a huge hit in the states. Our music appeals to a lot of people, we play in front of indie crowds, death metal bands to hip hop it all works.

Describe your style
Awesome mind bogglingly somewhere in between Hall and Oates meets A Tribe Called Quest in Malaysia.

Grade the state of Hip Hop at the moment?
F – Right now, I’m not bitter everything goes through a renaissance; I think real hip hop will be back in the next year or so.

I’d give an A to Lil Wayne right now though he’s a hardworking dude and he’s so sharp!

Grade your live sets?
A+ You can expect debauchery we don’t take ourselves too seriously!

Grade your UK Fans
A In the UK we didn’t have to work too hard. The UK just really felt us, plus UK girls are hot, I love that Lily Allen, hook me up with her.
Having got hold of the album, Travis’ confidence isn’t misplaced. Put the Gym Class Heroes on your ‘one to watch’ list. They’re great!

The Gym Class Heroes single Clothes Off is out now