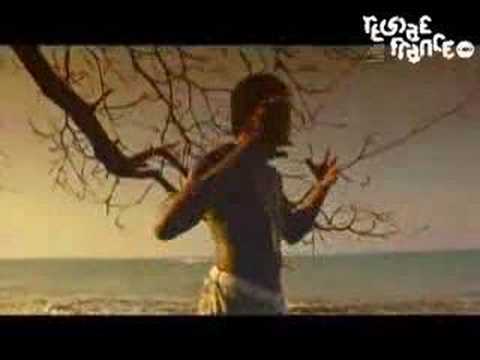 Following Gyptian’s almost instant success with hit tracks including Serious Times and Beautiful Lady, the reggae star is set to surpass the high standards established by his critically acclaimed debut album with his sophomore release, the cheekily titled I Can Feel Your Pain.

Many critics said you’d be a one hit wonder, what would you say to them now?
Well naturally! Still, you know from the very beginning that people are always going to be judgemental. Real judgement is by the almighty.Nobody can judge me, the only thing they can judge is my clothes.

Where did you get your name from?
Well the label were trying to figure out a name. At the time I was tying my shirt round my head and twirling my hair on my chin. It’s a habit, but I’m on the trendsetting ting too.

You like to show off your physique in your videos. How important is body image to the Gyptian package?
Well I don’t really go to the gym often. You know, my body is naturally built like that. It’s only since I came into this music thing that I learnt about the six-pack. But so far I’ve been getting good comments.

Explain the title of your new album please.
I don’t mean like getting beat, well that’s another part of it, it’s more like getting broken-hearted, cheated on or disrespected. You get my feeling? But I’ve been around men dealing with girls the wrong way. That’s not really my style.

For someone still quite young, you write serious and mature songs, what inspires you?
I’m way older than my age, I’m more like 50. I’ve been musically inclined since birth, so I’m more advanced when it comes to music. As each day comes, it’s a different style, a different flow – so wherever the flow goes that’s where I go. My inspiration comes from life. My ideas come from the heavens.

Have you ever been hurt by a woman before?
Yes, man, of course. Just imagine a girl that you love driving off in a different vehicle with another man in front of your eyes, gone. (laughs)

What king of music are you into?
I’m into all types of music. I’m a fan of soca, rnb, hip hop, jazz and even rock. Sometimes when I’m in the studio and there’s rock on, you should see my head bouncing. I’m not only a musician, but I’m a music lover too. So when I’m in the studio I’m the most serious man, believe me. I don’t have time for laughing. I just get the music done.

One of your big hits is a song titled Beautiful Lady, what makes a woman beautiful to you?
Beauty comes from within, that way you know it’s real. I don’t want to believe a girl is beautiful, I want to know she is when she’s with me and when she’s with someone else. I’m not saying with another man, but other people. It doesn’t mean dressing up. My girl has to be pretty yes, but she has to be pretty on the inside as well.

On your new album you have a song called, Where’s My Baby? Have you found her yet?
I’m still looking.

Who would you most like to collaborate with in the future?
Well I don’t want to say really, because those who I want to work with might not want to work with me. But right now I’d love to work with Toni Braxton or Celine Dion because I’ve always been a big fan of those two amazing women. Their voices are incredible.

Your MySpace shows over 170k hits on the rnb-style single, I Can Feel Your Pain. Do you see yourself moving more into that genre in the near future?
No, it’s more reggae with an rnb flavour. Right now I’m into the trendsetting ting, so anything is possible. The mainstream is where I want to go, like Bob Marley did in his early career. I really want my music to reach a worldwide audience in the future. I want the world to know Gyptian.