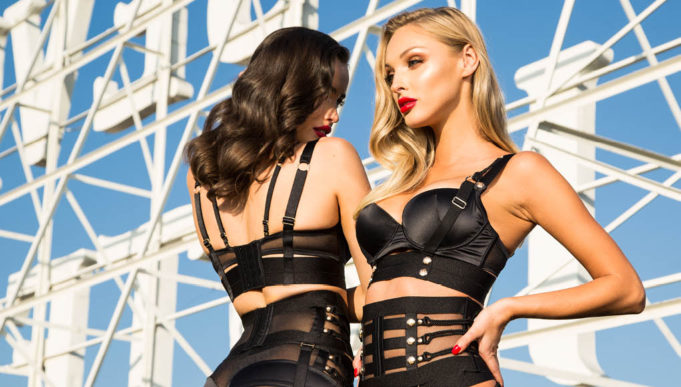 It’s been such a crazy few weeks since Honey Birdette HQ relocated their HQ to Hollywood, however, we are so excited to finally share what Honey Birdette lingerie have been up to.

While everyone else in town has been busy preparing for the Oscars over the last couple of weeks, Honey Birdette lingerie have been patiently awaiting the launch of their very own Hollywood Blockbuster!

We’ve got the first preview of L.A. Story. Honey Birdette’s latest and most provocative campaign yet. Photographed in the sun-drenched city of Los Angeles, the campaign follows Russian bombshell Kristina Sheiter and Australian model Sarah Stephens as they explore the cities most iconic locations; From the Hollywood Sign, the penthouse rooftop of the Roosevelt Hotel, Mulholland Drive, palm tree-lined streets of Beverly Hills and the skyline of Downtown LA. Shop the collection at uk.honeybirdette.com