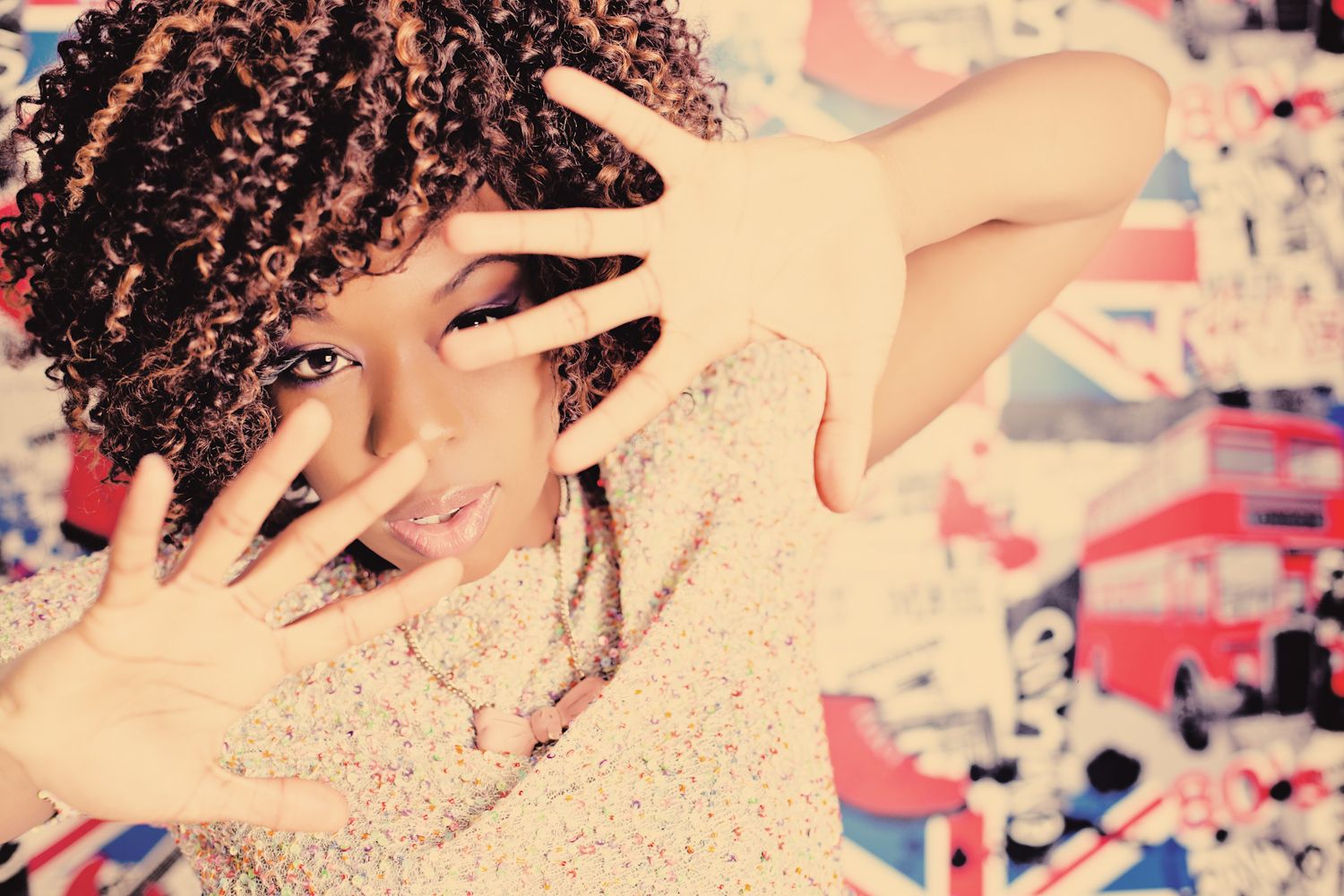 Flavour has a chat with the gorgeous and talented Dominique Moore.

The 26-year-old last year recieved the all clear after having 6 months of chemo therapy following her diagnosis with Hodgkin’s Lymphoma (a type of blood cancer). Here she tells us how she coped and what she’s currently working on. What do you like doing in your spare time?

Cooking! I cook huge buffet style feasts for family and friends. I LOVE cooking and forcing everyone to try my improvised dishes. My honey glazed BBQ chicken wings are a favorite amongst the family, but they aren’t so keen on my veggie burgers using soya mince. I use lettuce instead of burger buns, but I will keep making them and hope that one day they will realise how yummy they are.

How did you get into acting?
I was really persistent from the age of about 4. I would watch a show in the theatre or a film in the cinema and ask my mum how I could be in them. Of course she said I was too young, but I didn’t stop nagging as I got older. I loved reading, I would read my older sisters Enid Blyton books when I was 6 and then I would write my own plays and perform them for the family or just on my own in my bedroom. My mum did encourage me to try out for all the plays at school and join after school drama clubs. So I did, I literally joined everything and anything. My older sister is an amazing dancer. She went to a local performing arts school on the weekends, so she inspired me and I wanted to be like her. I joined the same local performing arts school and took as many classes as they would allow me to. When I went to Primary school my head teacher Helen Ridding (who I am still in contact with) reminded me that of my first day there. I went into her office and asked if in the next assembly I could teach the whole school the south African national anthem. At every given opportunity I was trying to find a way of incorporating some sort of performance into everything. My class teacher was equally as accommodating to my strange desire to constantly want to perform. He said the only way he could get me to concentrate or pay attention in school was to relate it to drama. So all his lessons were really creative and drama based he let us put on musicals and plays they were so supportive. I started going to Sylvia Young Theatre School on a Saturday from 9 years old I also joined their agency that year and my first professional jobs were modelling in Paris and being in Oliver at The London palladium. I really wanted to go to their full time school for secondary, but we couldn’t afford it. So I tried for the one full scholarship they were offering and thankfully got it so I then attended the full time school up until 16. It was all filmed as part of the documentary I was doing called Paddington Green:

If you weren’t acting what do you imagine yourself doing?
Teaching or adopting hundreds of kids. I love children.

What has been your most memorable acting experience?
Being in the original cast of any theatre production is always special and memorable because you learn so much about the origin of the piece. You work with the creators of the show and rehearse for months before you go into previews. I auditioned for a year to be one of 3 young Nalas in the original cast of the Lion King in the west end and then was chosen to be the one to do the official opening night of the show. I loved being a part of that show and it was a privilege to work with people such as Julie Taymor and Lebo M.

My most recent memorable experience was whilst auditioning for the film I am about to do. I was in a mad rush to get to the audition and was running really late so I called a cab. As I was standing in the street waiting, it started to rain and my dress became a little transparent (not good) then the cab drove past me and even though I ran down the street after it like a crazy person, he still carried on driving. I called another one which came 10 mins later, I literally had 6 mins to get to my audition at this point and I was dripping wet from the rain. Once we got there I realised I had forgotten to stop at the cash machine and I begged the cab driver to wait for me and said I would only be 5 mins. I ran into the audition (ever so slightly drenched from the rain) the director had flown over from Germany for the meeting so there was no way I was going to rush it. I did my audition and somehow it came up in conversation that I had this cab outside that I hadn’t yet paid, the director found it really funny luckily and so I once I got back in the cab and explained everything he was kind enough to not charge me waiting time. When I went back into the audition they told me there and then that the part was mine which has never happened to me before. So the standing in the rain the crazy running after the cab and it not stopping and everything was worth it because I got the job!

What advice would you give to young up and coming aspiring actors and actresses?
Practice makes perfect. Join as many local drama clubs and after school drama groups as you can to get experience and learn. Then if you want to take it on as a career, look into joining a full time performing arts school, college or drama school.

Tell us a bit about when you discovered cancer and how you dealt with finding out?
I was filming Series 3 of BBC show Hotel Trubble at the time. I was in excruciating pain the whole time we were filming but even though I saw 6 different Doctors and no-one knew what was wrong with me so, I just ploughed on with work. I’ve never taken a sick day ever so didn’t want to, but when I discovered a small tumor in my neck I had to have an operation to remove it immediately. When we got the results I realised that if I didn’t start chemotherapy straight away I might not survive so we did which meant I couldn’t go back to film the rest of that series but it saved my life.

Which character in your career has been you most favourite and why?
I loved playing Chanel O’Grady in Footballers Wives Extra Time. She is that girl who says whatever she is thinking no matter how inappropriate. She was really fun to play and had the most ridiculous outfits.

Who in the world would you most like to play and why?
I loved playing Mary Seacole in TV show Horrible Histories and have had some lovely messages from people who didn’t know who she was and learnt more about her from watching. I even got tweets from Adrian Lester and Eddie Izzard. I would love to play her in a biographical film.

Tell us about your clothing line?
It’s called Anita Moore designs (my middle name is Anita.) my website is www.anitamooredesigns.com Its a dancewear meets street wear line with Braille on the left sleeve of every garment you will have to go on my site and have a look.

What do you have planned in the near future?
My new BBC Comedy “Donna Rush” is online here:

I fly to Germany next month and then Morocco to start shooting a new film with Ben Kingsley and I’ve just written my first pilot script with Jalaal Hartley.