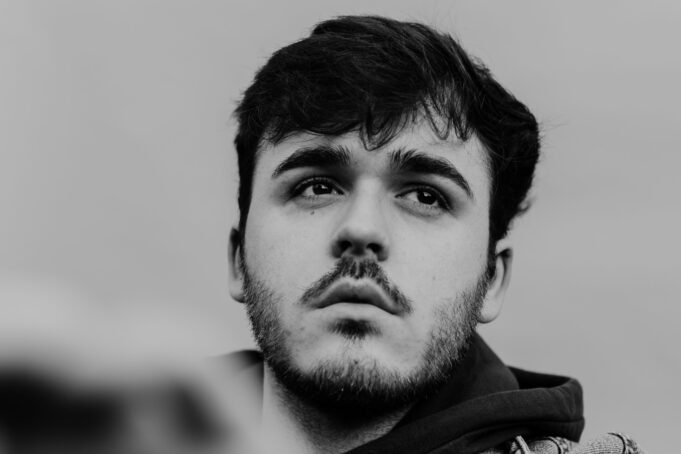 Meet Irish singer-songwriter Alex Tierney who’s on his way to being Ireland’s next big thing.

Inspired by R&B and hip-hop production with folk and pop songwriting sensibilities, Alex brings his unique style of music to the surface.

For only being 20 years old, Alex has already accomplished things that budding artists can only dream of, including being personally invited by Lewis Capaldi to open his show at Dublin’s famous Olympia Theatre.

With the release of his highly anticipated debut single ‘Over The Maybes‘, I chatted to Alex about his sound, the Irish music scene and his dream collaboration.

Tell us about your debut single ‘Over the Maybes’. What was the inspiration behind this track?

A- Over The Maybes is about the feeling where you know how you feel about someone and the situation feels so right but you feel like there’s something holding the other person back from telling you how they feel.

A- My writing process can vary a lot, like sometimes I’ll sit down specifically to try and get in a writing zone or other times something will inspire like a song or some other piece of art, maybe even something someone said. Other times I want to experiment with different sounds so maybe I’ll build an instrumental first then write lyrics over that.

You’ve had quite a big fan reaction since the release, with support from the likes of Niall Horan and Picture This. How does it feel? Is it what you expected?

A- I had hoped for a bit of support from other musicians but the level of support has been absolutely unbelievable, it really helps out so much and I’m so grateful so thanks a million if anyone reading this has streamed or shared the song. I really really appreciate it.

Ireland is known for its incredible music scene. Do you think your hometown influenced the music you create today?

A- Definitely, the music scene in Ireland is incredible and particularly now with people making such diverse styles of music. One day I might be listening to an artist like Kojaque who’s doing amazing things on the Irish hip-hop scene and then I’ll be listening to The Gloaming or Lankum who are doing something new with more traditional Irish music so it’s impossible to not be inspired by that much creativity around you in such a small country.

Was singing your sole passion or did you ever consider going in another direction?

A- I’ve wanted to be everything from a fashion designer to a painter to a football player to an actor, no “normal jobs“ though, but a musician is the only one that always stuck in the back of my mind, then when I was a teenager I started to get serious about it.

You’ve previously opened up Lewis Capaldi’s at Olympia Theatre which is really impressive for a newcomer such as yourself. How did that come about?

A- Lewis messaged my manager two days before the gig asking if I’d like to play it and my head nearly exploded. I was sitting at home with an oven pizza on my lap wearing my dressing gown so it went from a pretty average evening to the most insane evening ever. I couldn’t tell anyone until it was announced the next day so on the inside I was absolutely buzzing.

A – I usually just try to keep things casual and have a chat with whoever is around so that I can stay relaxed, then right before I go on I try to be alone for a minute to get into the right headspace and maybe go through a few more vocal warm-ups but nothing fancy. I usually have honey and lemon in hot water with me too before a gig, everyone online seems to have a different opinion on which of those pre-gig drinks work, but if it is useless it definitely works as a placebo and tastes class.

We know gigs don’t always go as planned, Have you had any embarrassing on-stage moments?

A- One time my guitar was turned off for the whole first song of my set which was pretty embarrassing hahaha but I guess you have to have those moments so you can make sure you double-check your gear from then on.

Is there any artist or band you’d love to support on tour and why?

A- I would love to support Dermot Kennedy on tour, he’s definitely one of those artists that consistently inspired me with his work and the passion he puts into it. I’ve been a fan of his since the beginning of his career which was close to when I was starting to write seriously so it would be a real full-circle moment.

What’s the theme tune of your life?

A- It’s gotta be smooth by Santana, no song puts me in a better mood than that song.