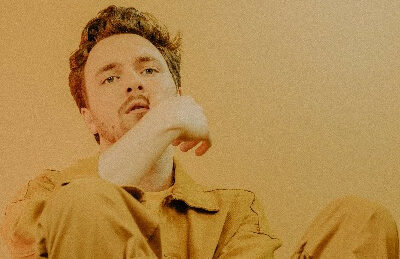 Originally from Buckinghamshire, The 25-year-old singer-songwriter has upped his game with his new single ‘Safe’.  Previously known for his ambient-electronic alt-pop, his new single marks a subtle shift in his style.

With 76 million streams on Spotify and 1 million monthly listeners, Nick is definitely somebody that should be on your radar.

We chatted to Nick about his sound, Demi Lovato and John Mayer.

How did you first get started in music? Can you remember the moment you knew this was something you wanted to pursue?

I’ve always been pretty musical, growing up in a family that was always playing music in some way. I don’t think I ever thought it was an actual career choice for me though until I started uploading covers to YouTube in 2009, and people actually watched them. I think that was the first time I properly realised that it was possible to make something from music.

What was your inspiration behind ‘Safe’?

‘Safe’ is about that inner part of us that tends to make problems worse, by overthinking or over analysing every little thing. I guess the inspiration behind it is that realisation that maybe we’re the ones making things worse for ourselves a lot of the time. It kind of acts as a self-reassuring song.

What is your favourite part of making new music? Is there anything that frustrates you about the process?

I really couldn’t pick a favourite part haha, I really love that first moment when you nail a chorus or verse or lyric, the first time you can really see how a song can play out. But I also love building up the song once you have the bare bones; production fascinates me and I’ve always loved how you can turn something into something else entirely through the sounds you use.  The most frustrating part is for sure trying to finish a song or lyric and it not coming as easily as the rest. There’s something so annoying about getting stuck on one line haha.

How would you like your songwriting or sound to develop? Do you have a direction in mind?

I’ve always naturally followed the sort of music that I listen to myself, so my sound has already evolved from completely acoustic when I first started out, to more pop/produced sounding tracks now. I think I’m most comfortable where I am now, in that pop/alternative world, but I’m always wanting to develop more as a songwriter and musician so who knows where it takes me haha!

You recently picked up a notable new fan in Demi Lovato, what’s it like having an artist so big commenting on your music?

Ahh yeah it’s crazy really, she’s someone I never ever imagined would listen to my music, and then she spoke about me in a Livestream and yeah, it blew my mind. It’s always lovely seeing other artists listening and liking your own music.

Over the past few years or so, what has changed the most for you in your music career?

For me it has to be sustainability, getting to a place where I can live solely off of my music and do it full time. It’s been so so incredible, and I’m so lucky to have the following I do on Spotify etc. Also playing more and bigger shows. I used to play so many smaller “pub” type shows which were amazing and character-defining, but it’s been really fun playing bigger shows with bigger artists in the past year.

Who would you love to support on tour and why?

Gotta be John Mayer, right? I mean he’s the top dog. One of the best musicians of all time. Just to see him do his thing really.

Haha, not really! I always get overprotective of my voice so I try and keep it quiet before a show. Apart from that, I don’t like to overthink it so it’s just chilling out and getting in the right headspace.

There are obviously bigger goals and specific moments I want to achieve; selling out a headline show, playing an arena etc, but I think for me I just want to be able to put music out that I love, and have people find something in it that they love.

I mean it would have to be Daybreak, Michael Haggins because I’ve been watching a lot of Community lately.