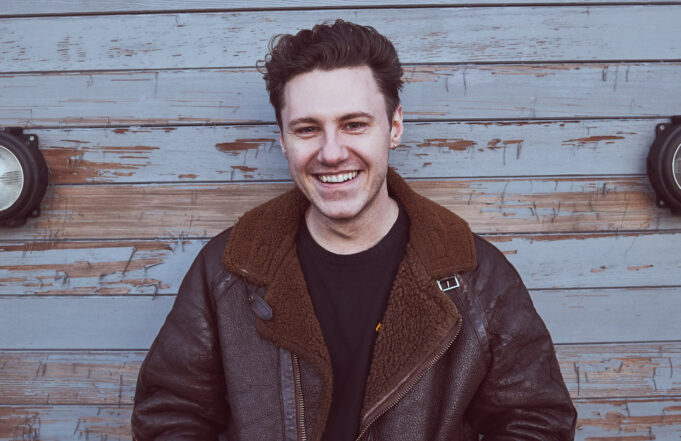 From supporting the likes of Razorlight, The Kooks and Robbie Williams at BST Hyde Park 2019, Callum is back and taking on 2020 better than ever. We chatted to Callum about his music ahead of the release of his highly anticipated debut album ‘Talk About Love‘ – Out May 15th 2020

Can you tell us about your upcoming track ‘Talk About Love’? It’s a song about me struggling to let my guard down and show my emotions for fear of getting hurt.

What is your songwriting process like? Do you need a personal situation to inspire a song? For me it’s always personal that’s the whole point of writing for me. It’s therapeutic.

Describe your sound in three words? Heart on sleeve

Was there one moment where you knew music was something you wanted to pursue? Staring in the mirror singing Elvis songs with my lip tilted.

Who would be your dream collaboration? I’d love to collaborate with John Lennon if he was still alive.

Is there one track you’ve released that has become more important to you or that you now see differently? Some Heroes Don’t Wear Capes has always been important to me.

What has been the high point of your career so far? Playing Glastonbury acoustic stage at 10 in the morning on the Sunday people still made it down which was amazing.

Looking back to when you first started, how do you feel you have grown during this time?

I’ve grown a lot. The more songs you write, you learn what to avoid and what doesn’t work musically. And also that just because you don’t have 50million streams on a song doesn’t mean your song is any less good than other artists who do have those kinds of numbers. It’s just who you know and a stroke of luck. Until then I’ll keep creating my own luck.

What’s the best advice you’ve ever been given?  Run your own race