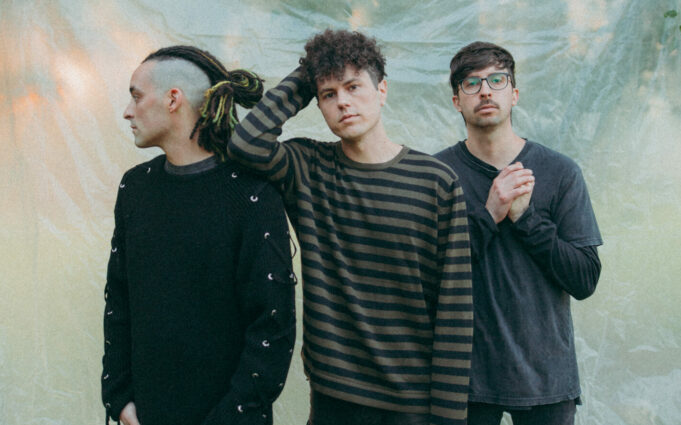 Meet Nashville based indie/alt band Nightly. back with their new single ‘summer‘

Formed by cousins Jonathan Capeci and Joey Beretta, and drummer Nick Sainato, has already released a steady stream of music since their 2016 debut honest EP, which featured the 10 million-plus streamed single “XO”.

With a fresh start to 2020, the band released an alternate version of their cinematic track “the movies ft (Charli Adams), followed by upbeat breakup anthem “you should probably just hang up”. The band is expected to release their debut album later this year via BMG Recordings.

I chatted to Jonathan Capeci about their new single ‘summer’, bad habits and embarrassing onstage moments.

Joey and I were making music in our parent’s basement all throughout high school. it was just something we did for fun. At one point we entered a battle of the bands which kinda gave us the itch to play shows/tour, so we never really stopped.

it’s definitely hard to come up with band names nowadays. we’d been in several bands throughout the years, and been through plenty of names ha. We all kind of wanted something with the word night in it because the first song we ever wrote was called the night (never released it) so we came up with the phrase ‘night, love you’ and shortened it to night,ly aka nightly. That was sort of how it progressed.

What inspired you to create ‘summer’?

There are so many memories associated with this season for me. I wanted to encapsulate that feeling in a song.

How do you think your latest single differs from your earliest work?

it’s kind of a different feel than some of our other songs. I also think the more we produce the better we get at it.

it’s always a little different. generally, it starts with an idea or line that I write on my phone, then when we’re all together we come up with some chords or a beat and flesh the idea out.

If you could support any musician on tour, and choose your own rider, what would that entail?

probably someone legendary like u2. I feel like that’s bragging rights forever. for a rider, I think we’d probably just have a couple of drinks or something because we’d be wanting to watch the show!

haha, we all have our bad habits for sure. Nick is a red bull addict, I’m often late. I actually can’t think of anything for joey right now ha.

not really, we do huddle up and say a little prayer before each show, but that’s probably it.

definitely forgotten lyrics or sang the wrong part of a song before. that’s always brutal.

you get what you give – new radicals

What’s next for Nightly?