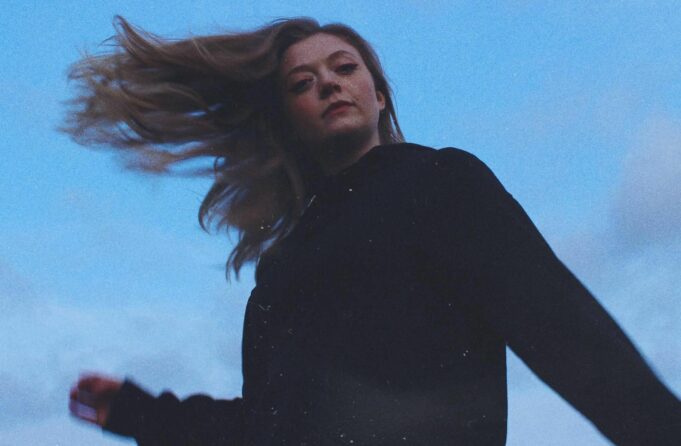 Melting her singer-songwriter talents with a transcendent electro-pop soundscape, the single celebrates her elaborate artistry with soft hues and elegant musicality.

Having previously going viral on Tiktok for her ‘Tinder Nightmares’ tiktoks, We chatted to Becky CJ about her new single ‘Losing Your Perspective’  and forthcoming EP ‘Woman’

Tell us about your new single ‘Losing Your Perspective’. What inspired it?

I wrote the song whilst in the midst of a very confusing friendship that was clearly blossoming into something romantic. Neither my friend nor I had never been in a same-sex relationship before and I had this feeling that she was losing her perspective of who she thought she was every time we got together, like the version of her she thought she was meant to become was slipping away. I also obviously was experiencing a lot of those emotions myself, in relation to my life and my perspective of myself and upon reflection, I think maybe it’s as much a song about me as it is her. I wanted to reflect the feeling of your perspective being warped in the production, which Olly nailed, whilst lyrically and melodically still maintaining the emotion of the situation.

I always start songwriting at the piano and most often it begins with chords or melody before lyrics. When I’ve settled on a melodic idea I like, I’ll then just say words and see what comes out and more often than not they reflect experiences I am having or things I am thinking about. It’s definitely cathartic for me, it’s quite healing to write about a situation, admit it’s happening, express the emotions then kind of bottle it up into a song shaped bottle.

I think my sound blends my singer-songwriter routes with a transcendent electro-pop soundscape plus some added bonus elements of theatre!

What was the moment where you knew music was something you wanted to pursue?

Without sounding like a massive cliche, I have sung since I was very very young. My parents are both musicians and so I was surrounded by music when growing up and my mum says I was singing before talking, who knows if that’s actually true. I think I decided I wanted to take it seriously and write my own songs around 20, so quite late! It wasn’t until I went to uni to study something else that I realised that being an artist was what I wanted to commit myself to.

James Blake or Frank Ocean. Or maybe Susanne Sundfør actually! There are way too many.

Your forthcoming EP ‘Woman’ is set to be released later this year. Do you ever get scared and/or nervous when releasing new music?

I definitely get scared before releasing music, especially as these songs were all written during an incredibly personal and scary time for me. There’s something a bit weird about sharing your reflections on your experiences with people and them being allowed to decide whether they like them or not and you just having to be okay with it ha. I am really proud of these songs though and I think they are the best work I’ve ever produced and so I am also crazy excited for them to be out there.

What’s one track from another artist you wish you wrote?

Into The Red by James Blake

My mother sings the jingle to the infamous Auto Glass repair adverts.

I think I’d have to say Delirious by Susanne Sundfør, it’s just epic and makes me want to march through the streets like I have somewhere really important to be.