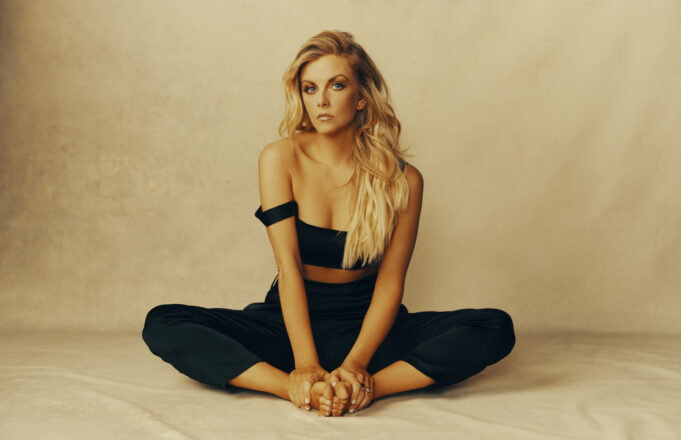 Lindsay Ell is a triple threat: accomplished musician, unique vocalist and awe-inspiring songwriter – an impeccable cross between Sheryl Crow and Taylor Swift. The Calgary native learned to play the guitar while travelling with her father to camps as a young girl.

Now back with her incredibly personal concept album ‘heart theory’, the stunning album is comprised of 12 tracks that journey through each stage of grief: shock, denial, anger, bargaining, depression.

I chatted with Lindsay about songwriting, musical pressure and zoom live-performances.

Hey Lindsay. How are you? Have you managed to stay creative during quarantine?

I’m doing great, thank you!  I was in the middle of recording my new album when quarantine started, so I was forced to finish it at home while sharing digital files with my producer, Dann Huff.  Once we finished that we started making video content non-stop.  And there have been some writing sessions thrown in too.  So, no shortage of creative outlets during the quarantine.

Your new album ‘heart theory’ is very personal, can you tell us more about it?

This album is my journey through the seven stages of grief, from shock to acceptance. It wasn’t something that I initially set out to do, but after a few songs, I realized that I was accidentally writing songs in that order, so the album basically revealed itself and I followed my muse.  As a songwriter, I felt really compelled to be as open and honest about myself on this record vs. writing story songs, and the whole process has been incredibly freeing.  I really hope that my fans not only feel like they know me better from listening but understand that we all share similar human experiences and are not alone in our own grief.

My songwriting process about being as honest and vulnerable as I can be right now. I usually have an idea that I want to write about and then I start with the music.  I find a cool guitar lick or chord progression, and then lyrics normally always come last for me.  I feel like this record has been therapy for me because of the writing of it.  Through the writing, I was able to process emotions on a deeper level and the songs became a way for me to understand what I was really feeling.

Did you feel any pressure going into the writing and recording process?

Absolutely, but most of the pressure is self-imposed. As a writer and musician, I always strive to be better.  I truly believe that if I’m not growing and learning than I am failing. There are also outside pressures like needing radio hits, but in the end, it’s always more important that I’m proud of the work that I do whether or not it’s commercially successful.  The hope is, of course, that it is, but some things are out of my hands.

I grew up with music in my house. It was all around me.  My mom played the piano, my dad played pretty much anything with strings on it, and my brother played the guitar.  My earliest musical memory would have to be playing the piano when I was 6 years old.  My grandpa would sit down at the piano and I would sit down right beside him and learn what he was playing.  That was my first step into thinking “oh, yeah, this music stuff is cool.”

We watched you on your very first zoom performance, What was it like doing a virtual gig?

The virtual gigs are weird at first, but I’m getting used to the zoom and virtual claps. Nothing will ever replace the way it feels to share the experience of live music with other people in the room, but the virtual space is pretty incredible too.  It’s possible to reach so many people who would otherwise not be accessible just due to proximity.  It’s crazy to think that it’s actually possible to play to more people from my house during one virtual show than I could play in front of on an entire tour.

Pre-show rituals have changed and evolved as the years have gone on. Right now the band and I have a powwow prayer before we go on stage.  In the past, we’ve had dance-offs, we’ve had push-up competitions every night before we took the stage.  We used to choose a word for the day.  Now we have mantras that we accept per tour.  It will be interesting to see what we come up with when we get back to touring.

Fans would be surprised to learn that I’m a terrible dancer. I’m just not good at dancing.  I’m really bad at rollerblading, I’m terrified of skateboards.  Anything with wheels on it, I’m terrified of.

I feel so blessed having been able to do so many cool things in my career, but right now I feel like releasing this new album is a career highlight for me. I’ve put so much work into it and I was able to express myself as a human being on this project.  I was able to get to the place as an artist where I was completely vulnerable and created a body of work that is wholly me.  I couldn’t be more proud of that accomplishment.

OneRepublic has a song called “Good Life” that feels great and has really uplifting and positive lyrics. I’ve been blessed with such a good life and that track just feels right!