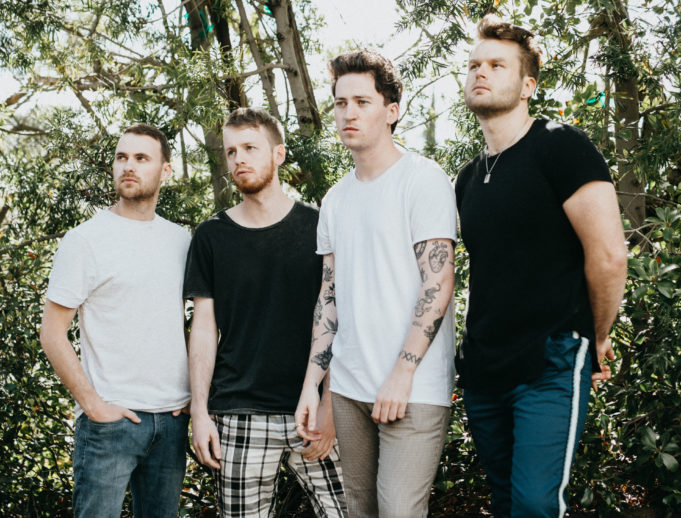 If you don’t know who Picture This is at this point, you’re really not keeping up with the times, are you? Picture This is currently one of the biggest bands in Ireland right now, breaking the record for the most sell-out nights at 3 Arena in Dublin.

I chatted to Ryan, Jimmy, Owen and Cliff about their new album, festival food and embarrassing moments.

S-You released ‘MDRN LV’ earlier this year, did you have a different songwriting process? How did you approach this release differently?

R- Yeah, It was completely different! On the last album, I would write a song from start to finish all on an acoustic guitar and send it to Jimmy to produce it up but this time it was a mixture of a lot of things which was just me singing voice notes into my phone and then jimmy would build around it! It’s always quite separate

J- It has actually been more together this time, MDRN LV’ just happened out of nowhere. We didn’t go away to make it, it was there and we just had to refine it and make sure it was an album. It was a lot of different things between Ryan and I.

S -Do you have a favourite festival track to perform at a festival?

R- Mine changes all the time

S- see, I really love One Drink! That’s a track that I’d love to see you perform multiple times

R- Thank you! Overall I probably would have to go with ‘Everything or Nothing’

J- Mine would be the same!

O- It changes all the time for me too! I like playing ‘More Than Just Tonight’ for sure! I like Modern Love, it’s just a different vibe when you hear or play it live

S- What’s been the most exciting thing to happen to the band so far?

R- For me, doing five nights in the 3 Arena in Dublin. It was history-making! Definitely the best week of our lives.  It was crazy!

S- Three things that would be in your festival survival kit?

S- yes, you gotta stay hydrated! It’s like the festival 101!

S- What festival food is your favourite? Do you play it safe or choose something risky?

J- in terms of out in the arena, a hotdog is the best thing you could probably go for! But then I have to say, It so depends on the weather! You should not get a curry or noodles in this heat!! It would definitely be a bad idea!

S- I totally agree! a pizza or burger is probably the safer option! You do not need stomach problems at a festival

If you could party with one person on the line-up, who would you choose?

S- Oh yes! Now that would be something

S- If you had the chance to organise your own festival,  what would it be called? And who would be your dream performers?

J- Something to play on the word picture! Like ‘The Big Picture’ and who would we have played on it?

R- Liam Gallagher, we saw him while we were here two years ago and it was the best thing.

S- Have you had any weird or embarrassing moments on stage?

R- we got kicked off the stage at Leeds Festival on Friday! We went over our slot time and it’s never happened to us before

S- So they just cut you off? Just Like that?

S- What would be the theme song of your life?

O- The Friends Theme tune! no one told me it was going to be this way *Claps*

R- that’s a good one

S- Who would you like to cover your songs?

J- I’d like to get Alec Benjamin to cover our songs!

S- What do you like to do when you are not touring?

R- All we do is write and record, that’s all we do

J- I love being in the studio

S -What are your plans for the rest of the year?

J- We have a couple more festivals coming up! We start our UK tour in November!

You can catch Picture This on their UK November tour here: