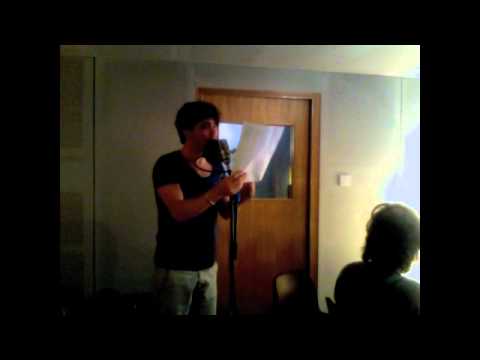 My article will feature everything I get up to on my journey, as well as all the behind the scenes gossip from the music industry events that I manage to blag myself into…

DIARY OF AN UP & COMING ARTIST… World -Universal  it’s taken a lot  for me to pick myself up , dust myself off  and start again, but I’m ready! I know many of you are out there making music, putting together your mix tapes and getting your hustle on trying to make it! Well, your not alone people! Everyone was starting out once…. Wretch 32 was once making mix tapes too as was Ed Sheeran  and now they’re selling albums  and hitting the number one chart  position and making mix tapes for just  for fun!  So keep your chins up and  come on a journey with me. What you need to know about me is ….. I’m blunt but I’m honest! I hustle but I’m loyal, I’ma lover not a fighter but if I have to I’ll kick some ass! (Laughs) And with that said here’s what I’ve been up too…..

Its been all about the hustle of  booking in studio time this week and letting people know I’m making music again (I’m sure a few producers out there are like “Sod off Shay” Lol ) Also I’ve been focusing on finding my new sound and direction this week . Trying to discover your sound as a new artist or when you’re starting over again is one of the easiest yet hardest things to do …It’s gotta be fresh, yet current  yet still original but the most important thing is it has to be true to you! I know who I am and what I’m about so we’re all set to go! FOOD: Nibbles & Birthday cake for one of the support acts.

GOODIE BAG: Not that kind of party unfortunately!

WHAT HAPPENED? I have to give it to the lads! This year’s show was even bigger  and better than last year’s tour, the boys really did pull out all the stops this year with a huge production, lots of exciting crowd interaction & even more fantastic dancers & costumes than last year . I’ve known JLS since we were young so It’s always lovely after a big show  getting to go backstage to the green room / bar for a few drinks and a catch up with the lads. The music was blasting, everyone was chatting away and of course there was a certain level of industry chat amongst artists, it’s like we just can’t help ourselves Lol! The lads eventually came to join the party and did a circuit of the room chatting to all of us friends and family and thanking us for coming to the show before heading back off to the tour bus to get some rest. It was also lovely catching up with my good friends Flawless who have a tour of their own coming up so I’m excited to go and see them perform in the near future.

The other day I had a chat with my good friend Mark Asari from UK Boy band Encore about his music industry highs & lows so far…. Highs: “The highs have to be going on tour, being invited to cool events & presenting your music to the world” Says Mark.

Lows: “The fact that you’re practically a nobody if you’re not in the top 20 chart position despite your hard work” Having a best friend that works as a PR assistant is never a bad thing, and who am I to turn down free VIP box Drake concert tickets at the 02 Arena, London. Needless to say I rather enjoyed being a “Plus 1” on this occasion! Drake was incredible and the atmosphere in the 02 Arena was electric…. I’m feeling like a very lucky girl!  #BestFriendFreebie @EmeliSande “Be Brave. Love music. Don’t take the men behind the desks too seriously Thank you for making my dreams come true”

Look out for the next installment of Keeping it Real next week.