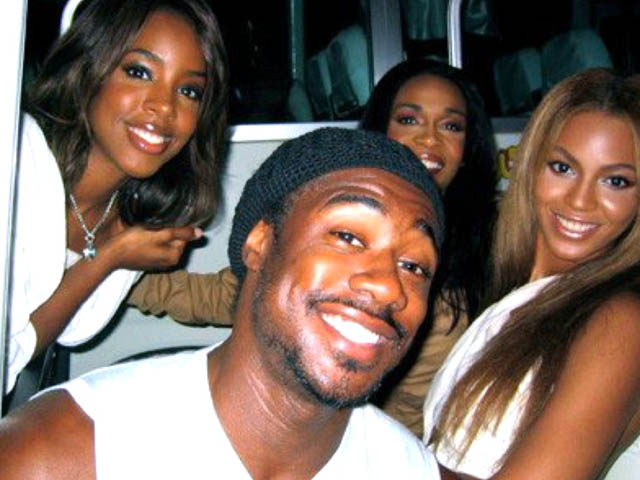 After being reintroduced to Kat Boyce last September when he hosted Rum and Comedy, I instantly fell in love. Well, a way to a girl’s heart is to make her laugh after all. Anyway, after striking up a bit of a friendship with Kat and being made Guest Editor for January I thought what better person to shine a light on to inspire the next generation of all round entertainers. Kat Boyce is yet another Best of British Entertainers.

What I have learnt recently is that you’re a man of very many talents. You have been a DJ on Choice FM, A Presenter for MTV, A Comedian, Actor and Dancer there just seems to be no end to your talent. Tell the Flavourmag audience exactly how your career started.

Wow, You have been doing a good back ground check, well I wanted to be known as an all round entertainer and not put into a box of being anyone singular thing. Normally I get some, I have to call them dumb cluts, calling me Katt Williams when I’m Kat Boyce and think you only do one thing. It’s easy for people to say aghhh we need someone who can dance and then be trapped teaching dancers and dancing and that’s you, so I have kept changing and evolving my skills. Some that have never been seen by others and some that you don’t need on stage but from an all rounded point of view I love to work and bring in new ways to make things happen. I was familiar with you from your DJ work but actually fell in love with you when you hosted Rum and Comedy in September last year (don’t get it twisted), you got the whole crowd screaming (especially the ladies) when you started twerking and did the splits. Obviously, you learnt to be flexible from your time as a dancer. What lead you down that path?

Wow, well I don’t know if you can call it twerking, I used to dance every Saturday at Dennis Drew Disco Dance studio in Manor Park in good old east London then after that drama at the Theatre Royal Stratford, where I got the chance to start honing my skills as an entertainer and then a few years later get to teach others and train them into the great performers that they are today.

You seem to always host these comedy shows but from my experience you steal the show from the stand up comedians on the line-up. Why do you always host? Are we likely to see you do your own stand-up slot? Your audience demands it.

Aghhh bless you, I like this interview full of love, yes I do my own slots just not enough comics that can host, they can do a great stand up set but not be naturally funny or quick of the bat when it comes to live gigs, I think we call them internet funny but not real life funny. I’m just doing me on stage and no dis to them but I’m not a comic, I’m an entertainer and that’s what makes me a good host. On the stage I can talk about anything and feel at home and the crowd can feel that and feel they enjoy themselves too, I have my one man show to put on just me from start to end doing everything I know, produced by Yamin Choudurdy and his great team Renell Shaw as MD and Mekel Edwards on sound and lighting, and then hey I may even bow out from entertainment and do something else. Your quiet feisty you would make a good stand up we need more women comics.

You have a long standing relationship with the Hackney Empire; I had the pleasure in seeing you perform in 2014’s Panto Mother Goose (who knew you could also sing to), how did this relationship start and what was your favorite part to play?

It started when the director of the theatre, Susie McKenna, approached me and asked after seeing me in a show called Spooky Noises and then in The Wiz. She then asked me would I be up for playing on her stage I thought to myself no way is this happening to me. It’s hard enough to get good roles as an actor and be taken for who you are and allowed to grow and your input is used and not wasted or dismissed. I’ve worked on many projects since 1999 with Susie not just panto but working with young people’s summer projects to the international talent competitions.

I’ve played so many pantos now and had so much fun it’s hard to pick a favourite they all have a great stamp on each that I’ve left on them and grown as a panto actor. And get to work on stage alongside my best friend and Brother Darren Hart. As mentioned your career so far has also seen you in presenting for MTV, for those not familiar with your time on MTV tell us some more about it. Who was the most famous person you encountered and did you have to deal with any “high maintenance” celebrities?

To many stars to mention and so many places MTV has taken me as a guy that was just in for a quick visit with them to me being used as a regular then a presenter thanks to Shurwin Beckford and Dillon Khan for backing and believing in me as much as I stressed them out and also Trevor Nelson’s words of calm wisdom too. It’s a chapter of my life I can smile at and say yep a lot of other people saw me and aspired to be like that and have now thankfully. I won’t say which Celebs were pains in the bottom that’s their karma to carry. You have a strong bromance going on with Richard Blackwood, was this built up during your days on Choice together or did this love for each other start before then?

No that was there long before Choice Fm and after, we were put on together and the world and its mother could see we were open and honest with each other and our views on subjects, because we were passionate about things, people would say rahhh you to were going at it today or rahhh play more music but the long and short was we had the highest ratings on the weekends and most fun on the station because we were having fun anyone who was anyone would say 12 till 3. Kat and RB. Sat and Sun no one could say anything even the haters listened and before you knew it the show was done, it never felt like hard work just go in hard fun. It wasn’t easy but we did it and we both are doing great things all over the place and still see each other. And Richard has just landed something massive which will unfold in the new year so well done Mr Blackwood on that mmmmmm

How did you feel when your time on choice came to an end?

Ouch! You asked in a nice way. I was ok with it, I don’t own the station and I had an amazing time there with everyone. I did every show on the network from breakfast to drive time from Master Stepz show to Jenny Francis show early Morning riser to Gospel for Dave P Caribbean Affair for Martin Jay, I had done every slot in the station and live gigs and promos it was beautiful and a great journey nothing to be sad over or hate I had an amazing time. I started as the guy that can be in at short notice to being one of the names people say yeah I listen to you this week and smile at them and say ok been off air for 6 years now ha ha , I say everything in its time and not before, I wonder what’s next for me.

Out of your many different careers which one gives you the most pleasure and satisfaction and why?

I can’t choose one they all have helped support each other in some way shape or form, they are all linked from the theatre discipline to the stand up timing, musical training to controlling your voice and breathing and be heard to what you been taught at home of when to stop and step back.

What lies ahead for Kat Boyce in 2015, where can we watch out for you?

Everything I hope, I’m now just at the end of panto so resting first before I go and do stand up with The Real Deal Comedy Jam. I’m gonna try my hand at managing a new artist, Ruth Keeling, a female standup comic. I love cooking and writing so maybe a cook book or blogging for your magazine whoop whoop.

Aghhhhhh thanks for the interview and to all that read this make the dream happen and never limit yourself.