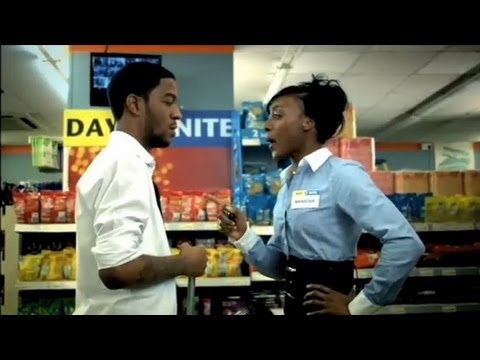 As this is the trendsetters issue, Flavour had to introduce you to Cleveland rapper Kid Cudi, who is setting the pace for a whole new sound. His music fuses dance, rock, rnb and hip hop and he is currently the hottest new hip-hop artist in the US, and has signed to Kanye West’s label after catching the Love Lockdown artist’s attention with the release of his mixtape A Kid Named Cudi. The singer features on Kanye’s latest album and has been supporting him on tour.

The artist whose real name is Scott Mescudi is finishing up his debut album for a spring 2009 release. With backing from Kanye and a knack for creating story-filled, feel good and emotionally conscious records, he’s set for big things. Flavour met up with him for a quick chat in London.

Who are you?
I’m just a man with the gift of song.
Nothing more, nothing less. What’s Kid Cudi about? Do you have a mission statement?
Changing the world.

Where are you based right now?
I’m based in New York because this is where I feel the most at home as far as being comfortable goes and just having all around good vibes. I got my peoples here.

Where do you want to go professionally?
Where no artist has gone before.

The one thing you’ll always remember is…
Life is so short, you have to make your words important.

What’s up with the music industry right now?
Man, I was just asking myself the same thing (laughs).

The future is…
Dream on/GOOD music! [Kanye West’s Get Out Our Dreams label.]

If you were in charge for one day, you would…
Go crazy ‘cos that’s too much pressure, but I’d more than likely try and help as many homeless and needy people as possible.

Obama is…
The man! YES WE CAN!

A song that gives you the chills?
(Laughs) Songs shouldn’t give guys the chills, so that’s maybe a wrong choice of words there, but the song that gets me the most hyped is Consequence’s Grammy Family.

Any message you want to send out to the people?
Believe in yourselves and never stop, no one will ever believe in you more than you do yourself.