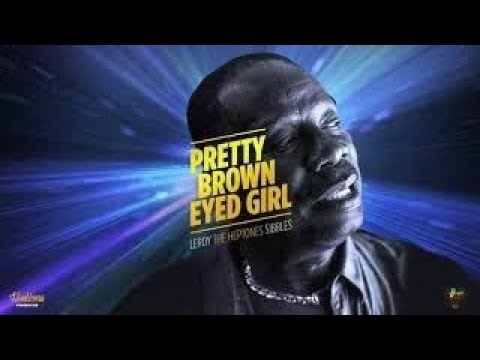 Back with some old school reggae, Leroy ‘The Heptones’ Sibbles has released his latest single ‘Pretty Brown Eyed Girl’ with Humbleness Production.

The first single from the EP ‘BOOM SHELL RIDDIM’, ‘Pretty Brown Eyed Girl’ is one to dance to! Driven by a fiery bass line, this will have the whole family dancing in the living room in no time. The single was recorded at Bright Beam Studios in Kingston, Jamaica and the mixing & mastering was done at the iconic Anchor Studios also in Kingston. The artwork for the single was designed by Thomas Raillard and the photo was taken by J. Morris. The video animations were created by Grégoire DeRivery.

Lead vocalist for 60s rocksteady band The Heptones, Leroy Sibbles has had a remarkable career. A true living legend, Leroy Sibbles has recorded and released eight solo albums and has recorded a number of reggae classics such as ‘Party Time’, ‘Fatty Fatty’, ‘Book Of Rules’, ‘Baby Be True’ and ‘Heptones Gonna Fight’ with his band The Heptones. His latest works illustrate once again his ability to create quality, timeless music. Based in Kingston, he has co-written titles with names from today’s reggae like Buju Banton and Beenie Man.

He remains one of the rare artists to be able to bring together all age groups, his audience and his repertoire being spread over four decades.