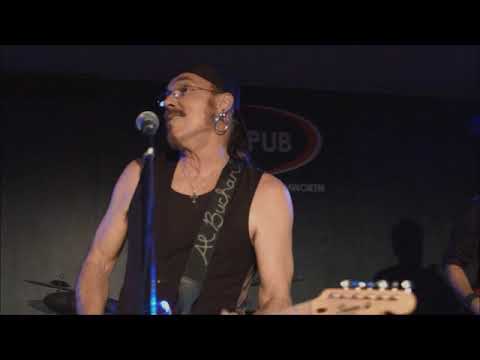 Al & The Buchaneers bring forward their epic cover of David Bowie’s ‘Heroes’. A song that touches the world and is incredibly relevant during these times!

In honour of the unsung heroes that are pandemic health-care workers, this release is an ode to their efforts and was granted funding by Arts North West following the lockdown of the live music circuit. With David Bowie as the inspiration and first musical hero of Al’s, it’s an obvious fit for this pirate rock outfit! The music video is a concert we’d love to be at, and reminds us that there’s plenty of Al & The Buchaneers shows coming up! With producer Nathan Kaye emulating some of the brilliant sounds Tony Visconti previously brought to Bowie’s release, this track has been handcrafted into the perfect cover! An uplifting, reaffirming release for the band and audience, listen to the remixed ‘Heroes’ now!

Jump on board and take the ride to Al & The Buchaneers’ SEVENTIES ROCKIN’ ROADSHOW. Al & The Buchaneers hail from Australia’s regional heartland in the town of Tamworth, with a name stolen from the lead singer, Al Buchan (founder of fRETfEST) they plan to revive your love of seventies Pop/Rock with their swashbuckling blend of synth, beats and guitars! Boasting an exciting lineup of seasoned session musicians, the Buchaneers promise a good time at their future shows, where you can dress up as your favourite pirate and get ready to rock!

Heading into 2021 with a lot of momentum behind them, Al & the Buchaneers’ next release will drop in January, and we already can’t wait to hear it!