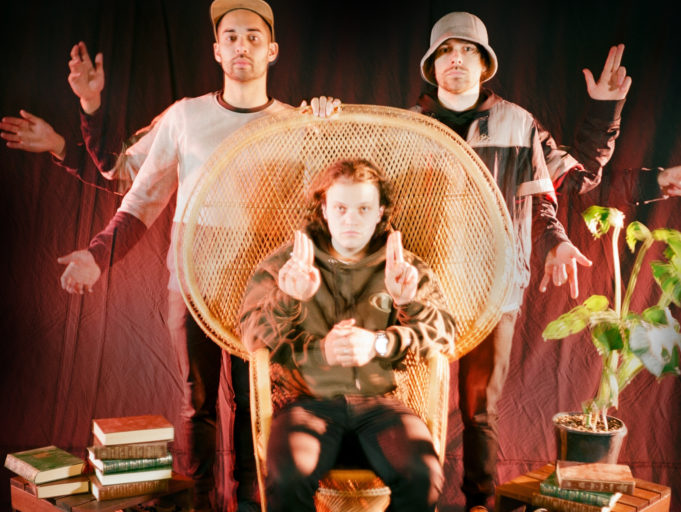 As the first single off their upcoming album Lunar Beautific, ‘Petty Love’ touches on the modern-day love story and how social media has affected our perception of relationships.

The music video was created by Zona Mind and storyboarded alongside Variations of Light’s vocalist, Nelson Dialect. It was inspired by the nostalgia of VHS hand-drawn cartoons, as well as psychedelic videos of the 70’s.

Combining this with romantic jazz band imagery, the focus stays on the band’s strong melodic cohesion in the telling of a (petty) love story. Opening with a mood-setting key change, the R&B soul tune features a dreamy bass line, colourful keys, and the velvety vocals of Melanie Rutherford, a Grammy-nominated singer/songwriter from Detroit who has collaborated with artists such as Method Man & Redman, Pharoahe Monch, Black Milk, Kem and Royce Da 5’9.

Each with a diverse musical history of their own, Variations of Light comprises of producer/multi-instrumentalist Alnitak Kid, vocalist Nelson Dialect, and keyboardist Nate88. Their collaborative substance is a blend of sample-based production and live compositions which together form a Hip Hop and neo-soul influenced soundscape.

Alnitak says, “We each have our own influences which are deeply rooted in our styles, but we didn’t go into the project trying to make a certain sound, it just came to us.”

The trio’s upcoming album ‘Lunar Beautific’ is slated for release on the 19th of April 2019, it is an ode to the moon and night, which was when most of its’ compositions were created. It is about keeping a positive mind frame and trusting your inner voice, whether it is in respect to artistic pursuits, relationships, business or otherwise.