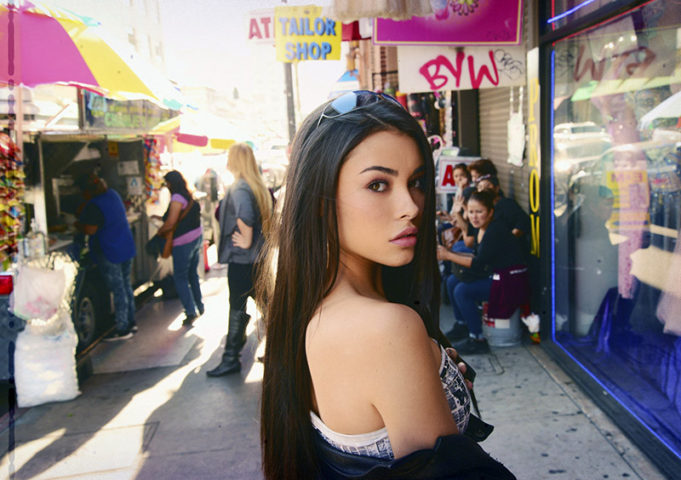 Hot on the heels of wrapping up her sold-out, critically acclaimed As She Pleases worldwide headline tour, rising indie-pop sensation Madison Beer releases the music video for Home With You today.

Directed by Niclas Gillis and shot in Detroit and Chicago, the video for Home With You only serves to further secure this young artist’s upward trajectory as an ambitious, independent and free-thinking pop force.

“Home With You is one of my favourite songs from my EP, so I’m excited to finally have an official visual to go along with it.” says Madison of the Home With You video.“Editing and making the video was so fun for me, and I can’t wait for people to see it!”

Home With You is the third track to be lifted from Madison Beer’s debut EP As She Pleases, following Dead and Say It To My Face, and has garnered over 60 million streams to date. Released in February of this year, As She Pleases was co-written and co-produced by Madison alongside the likes of Fred Ball (Rihanna, Madonna, Little Mix). Having amassed over 290 million streams, it has outperformed debut EP releases from many of Madison’s peers and firmly cemented her status as an independent artist breaking in a major way.