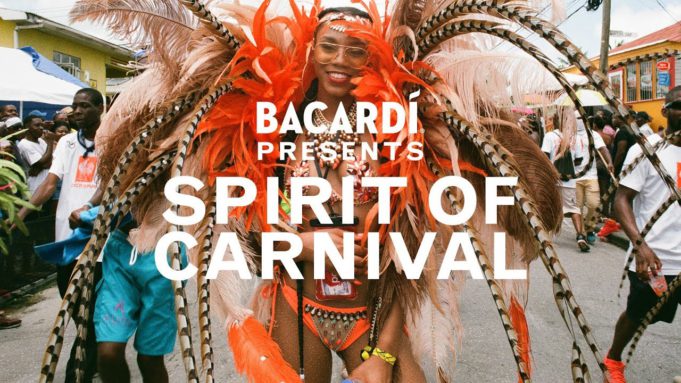 BACARDÍ has unveiled Sound of Rum Series, a four-part, music-focused documentary series looking at the influence Caribbean music has across the world. The series joins the dots between the music genres and cultures that have combined over the years to create the Sound of Rum.

The Sound of Rum, born from the rum brand’s ongoing partnership with electro/moombahton trio Major Lazer, is a diverse sound that connects BACARDÍ to its island roots. It draws influence from a collection of Caribbean genres including reggae, dancehall and fuses them with modern day global influences from hip-hop, trap and grime to create something truly unique. The series is designed to further explore the historic BACARDÍ links with ‘the islands’ and their distinct musical offering and sound.

The first instalment ‘The Spirit of Carnival’ was released on the 9th November and delves into the origins of the Sound of Rum by visiting the iconic annual Crop Over Festival on the Caribbean island of Barbados, taking a closer look at the grass-roots contributors who embody the distinctive sound. The episode goes on to further explore the influence and success the unique movement has had outside of the Caribbean, especially in Europe over the past five years.

Episode one sees appearances from: Major Lazer, Sean Paul, Chase and Status, David Rodigan MBE, King Bubba and Dynamite (a BACARDÍ Music Liberates Music artist). A host of talented artists who best encapsulate the Sound of Rum’sphilosophy appear throughout the series to discuss the influence music stemming from the Caribbean Islands has had on their own careers.

Three further episodes from BACARDÍ Sound of Rum Series are set to be released over the coming weeks:

When Beenie Man released his smash hit ‘Dancehall Queen’ in 1997, the genre and its vibrant dance culture burst into the mainstream consciousness. 20 years on, Dancehall Queens and Kings focuses on Jamaica and catches up with a host of legends and current innovators including Sean Paul, Beenie Man, Major Lazer, Chip, Spice, Bounty Killer and Giggs to see how the music has been adopted across Europe.

The third instalment of Sound of Rum Series explores the transcendence of music from the islands to Europe and how the genre has grown to become one of the most popular sounds today. Current artists and DJs including Popcaan, Machel Montano, Spice, Chase & Status, Benji B, Chi Chi Ching and Stefflon Don discuss their European experiences, as well as talking to European artists about why they are inspired by island sounds.

This final episode is a showcase of Europe’s established and emerging female artists who are taking the sound to new places. Taking an exclusively female perspective, the episode focuses on the female artists you need on your playlist. A host of legends who inspired today’s innovators also make an appearance and put a spotlight on the women, such as Stefflon Don, Nyla, Spice and Nadia Rose, that have been leading the way across the full spectrum of the Sound of Rum genres.

Watch this space for more details