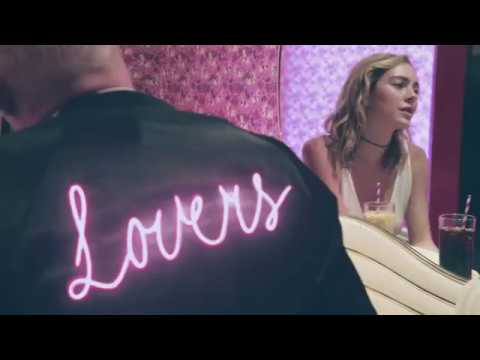 Marc Baker is proud to announce the release of his brand new self-titled EP, out now.

The EP includes the critically acclaimed first single ‘No Place I’d Rather Be’ and slick electro-pop recording ‘Common People’.

To produce the EP, Marc has teamed up with Benjamin Plant, the brainchild of the hugely successful electro-pop band Miami Horror. The songs recorded during Marc’s sessions with Plant yield a contemporary spin yet infused with a vintage feel, which stays true to Marc’s signature and beloved sound.

Marc Baker says: “I had spent a long time trying to communicate my vision and emotions but never could get it across the right way, Ben happened to come to some of the early punk shows and could see that and knew he could help me. We spent a long time talking about the kind of music we wanted to make even before we got into a studio together. So when time came it felt very natural to us. I’m not standing here today without Ben. I owe him a great deal for taking a chance on a punk kid.”

Just like Miami Horror, Marc originated from Australia. However, it didn’t take long for Marc’s music to reach the ears of fans on the other side of the world. Building a following in the US, Marc relocated to Los Angeles 9 years ago and has spent the past few years touring the US, bringing his fiery attitude and retro electro sound.

Benjamin Plant, Miami Horror says: “I first saw Marc performing around LA and I knew that he had the energy, passion and vision that most other performers lacked. I could see he was channeling some pain, the music was extremely raw and much more punk than anything I was used to. I knew I had to take part and wanted to make sure the music’s vision complimented his ultimate vision for the project. With both of us being huge new wave fans, we were able to find common ground and head in that direction, ultimately creating a project that wears its heart on its sleeve both inspirationally and metaphorically.”

Cited as one of the most exciting emerging artists of 2018, Marc Baker brings attitude to pop and romance to punk with the release of his debut EP. Fans can also expect to see Marc live in various cities across the US later this year with more information to be announced.