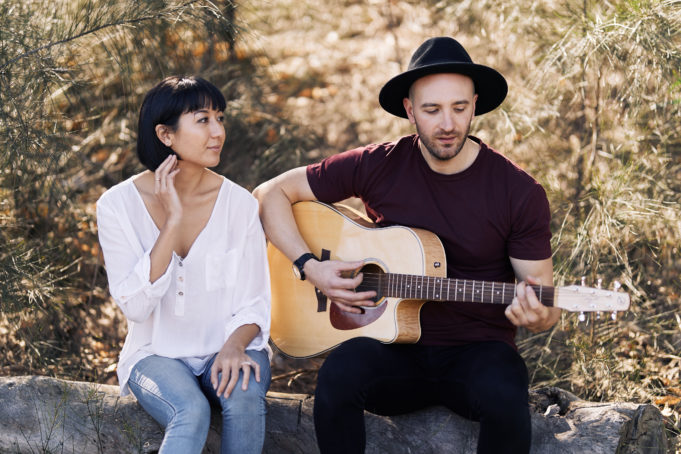 For lovers of Angus and Julia Stone, meet your new obsession ‘Darling’. Hailing from Sydney, Indie/Folk duo Darling debut their heartfelt single ‘Until It Hurts’.

‘Until It Hurts’ is the story of the same relationship told from two wildly different perspectives. While one person hangs onto the idea of having had a deep, meaningful romance, the other has moved on, dismissing it as nothing more than a fling. The song’s parallel structure serves to highlight how the same experience can impact people in entirely different ways, and how the history of a relationship can be rewritten in the light of its demise. Darling’s guitarist and vocalist Rudy Bilani first started writing the song on New Year’s Day of 2018, fresh-off his own heartbreak.

“I had just been dumped,” Bilani says. “It was both the worst and, strangely, best feeling in the world. The worst, of course, because I was experiencing real heartache for the first time, and the best because I was able to tap into emotions as an artist that I’d never felt before.” A couple months earlier, Bilani had met accomplished singer-songwriter Seryna Jane.

“I saw Rudy busking next to Town Hall, and was immediately drawn to his amazing voice. We exchanged numbers, and a few months later found ourselves playing music together,” she said.

They formed the duo, Darling, and began writing songs together. Bilani brought the song to Seryna Jane to help craft ‘Until It Hurts’ into their first single. She added her own poetic touches to the lyrics, as well as her talent for composing stunning harmonies.

Rudy Bilani and Seryna Jane are accomplished solo artists in their own right, having gigged and busked around the city for years. Both have garnered attention for their talents as singer/songwriters, and now the two have come together to form acoustic duo, Darling.

Darling is the result of the pair’s shared vision of songwriting as a disciplined craft and a vehicle for honest storytelling that allows the listener to connect both to the artist’s experience and their own. The two draw from influences as diverse as Corinne Bailey Rae, Passenger, John Mayer, Angus and Julia Stone and Sarah Bareilles to create music that’s undisguised and heartfelt. They blend beautiful harmonies and a raw acoustic sound sprinkled with subtle jazz and indie folk tones with emotive lyrics that connect to their listeners on a deep, visceral level.

Darling’s debut EP ‘The Rise’ is slated for release in November this year.