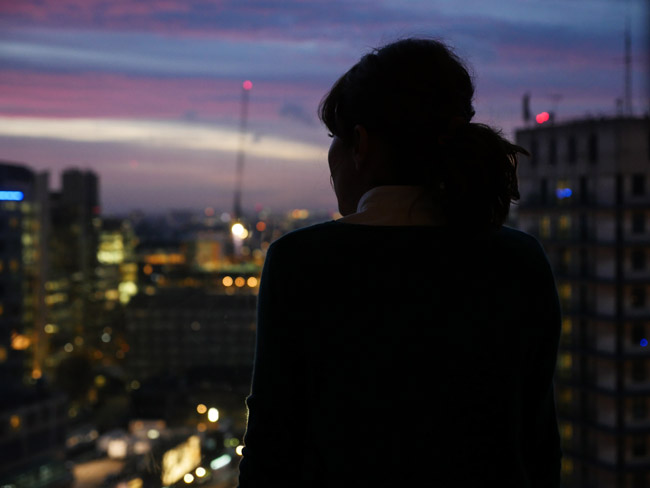 Hans Rosenfeldt gained an international reputation after he created The Bridge, one of the standout Scandi dramas of recent years.

He is also an alumnus of the acclaimed crime drama, Wallander, and as his credentials continue to grow, it’s hardly surprising to find that he’s discovering success beyond the snowy landscapes of Scandinavia.

Marcella, arguably one of the TV highlights of the year so far, is Rosenfeldt’s first foray into UK TV and has to be considered a resounding success. Coming to DVD and digital platforms on June 20th courtesy of Universal Pictures (UK), the series follows a determined police officer as she returns to work after a 10-year career break. With her family breaking down, a serial killer on the loose and mysterious blackouts putting her squarely in the frame, Rosenfeldt has not only created another edge of your seat thriller in Marcella, his reputation has also attracted quite the star-studded cast. So before you settle down for your latest box set fix, here’s a quick who’s who to get you acquainted: The central character in Rosenfeldt’s twisting, nerve-shredding drama, Marcella suffers blackouts at moments of stress and may or may not have had a hand in one of the murders in the series as her life crumbles around her. Anna Friel makes a barnstorming return to terrestrial television for the first time since 2012’s Public Enemies, having made her name of course in Channel 4’s Brookside where she played the dad-murdering Beth Jordache from 1993-1995; a character who delivered the first lesbian kiss ever to be shown on pre-watershed British TV. An international career then followed, with key appearances including the sumptuous BBC Dickens adaptation, Our Mutual Friend, and Brian Fuller’s much-missed Pushing Daisies. Hollywood has also beckoned, with Friel making appearances opposite Will Ferrell in Land Of The Lost and Bradley Cooper in Limitless. Marcella isn’t Friel’s first experience of Scandi-drama, however, since she also appeared in the internationally acclaimed Saboteurs, one of Norway’s biggest ever exports that looked at Hitler’s attempts to get the atomic bomb and allied attempts to stop him. Prior to his turn as Jason Backland, Marcella’s estranged husband who is also intrinsically linked to almost every suspect the show throws up, Nicholas Pinnock was most recently seen as Bishop Mick Hunter in ITV’s chilling Midwinter Of The Spirit and Sky’s ice-bound sci-fi thriller, Fortitude. As well as a minor role in Captain America: The First Avenger, Pinnock also provided a powerful screen presence in two seasons of Ashley Walters’ acclaimed urban drug drama Top Boy. He delivered a mesmerising performance as Nelson Mandela in Mandela: The Prison Years, which was broadcast on the day the former South African president was buried. Those with longer memories may also remember him as a stalwart of BBC drama in his early career where he notched up performances in Grange Hill, Casualty, EastEnders and Dalziel & Pascoe.

At the heart of the drama in Marcella is the dysfunctional Gibson family, comprising the matriarchal Sylvie Gibson (Sinead Cusack), her ineffectual second husband Stephen (Patrick Baladi), the oily Henry Gibson (Harry Lloyd) and the doomed Grace (Maeve Dermody). Desperate to keep their less than lawful property machinations secret from the police even as their collective world crumbles, the Gibsons must also come to terms with the fact that their family unit is beset with its own internal deceit. Sinead Cusack, star of stage, screen and TV, brings immense gravitas to the role of Sylvie, bolstered by a world of experience that includes V For Vendetta, Eastern Promises and I Capture The Castle to name but a few, while Patrick Baladi, star of The Office, Mistresses and F1 drama Rush, proves he has got the role of ‘weak-willed husband’ down to a tee. Harry Lloyd, on the other hand, manages to out-weasel even his iconic Game of Thrones character Viserys Targaryen as the unloved Henry (although the actor has proved himself capable in more likeable roles in the likes of The Theory Of Everything and The Iron Lady). As for Maeve Dermody, it’s no spoiler to say that we don’t get to know her terribly well but if you do want to see more of her work, check out the terrifying Blackwater or the BBC Christmas blockbuster, And Then There Were None.

Marcella is so much more than a police procedural drama thanks both to Rosenfeldt’s deft writing and the impassioned performances from Friel and the rest of the cast. That said, the Met does naturally play a pivotal role (even if that is often wilfully ignoring Marcella on the basis that she’s out of touch with the job after 10 years away from it) so it’s fitting that the series fills these roles with a roster of supremely watchable character actors. These include W1A’s brilliant Nina Sosanya; former EastEnders actor Ray Panthaki, who has also featured in 28 Days Later, Kidulthood and who was BAFTA Breakthrough Brit in 2014; and Jamie Bamber, star of cult smash Battlestar Galactica and the acclaimed Law & Order: UK. In Marcella, Jamie plays against type as a slightly sleazy love interest for Marcella, keen to take the embers of her marriage for himself by whichever means necessary.

Fresh from six years of looking down her nose at Lady Mary, Downton Abbey favourite Laura Carmichael couldn’t have chosen a role further removed from Lady Edith than her appearance as the naive Maddy in Marcella. A criminology student determined to study former convict Peter Cullen for her course, Maddy soon becomes the unwilling object of his affections just as all evidence is pointing to Marcella finally getting her man for a series of unsolved and now recurring murders. Sure, as Maddy she has a tough time in the show but spare a thought for her super-hot and definitely tragic boyfriend… Since Downton Abbey, Carmichael has also filmed her role in the forthcoming A United Kingdom and eagle-eyed viewers may also recognise her from supporting roles in Tinker Tailor Soldier Spy and Mia Wasikowska’s Madame Bovary. The ice cold heart of darkness in the show’s opening episodes; Ian Puleston-Davies is another familiar face making a massive departure from his erstwhile, albeit pent-up role as Owen Armstrong in Coronation Street. In Marcella, Puleston-Davies must tackle some of the show’s darkest scenes as the recently released Cullen, someone our hero is convinced was behind a series of murders as she was leaving the force and who she believes has picked up where he left off now he’s free again. The truth may well turn out to be oh so much darker than that but his performance here will make you forget he was ever a family man on The Street. A fur-clad performance in the now cancelled Beowulf: Return To The Shieldlands and a turn as a policeman with a nose for the Undead in Being Human both confirm that – like Anna Friel and Ray Panthaki – starting a career in British soaps is an excellent foundation for any actor.

Late additions to the list of central characters, boyfriends Yann and Matthew are ostensibly brought into the fold thanks to their connection with the ever-so-needy Henry. Matthew views him as a brother, Yann as an imposition on their relationship. Both opinions change as Marcella’s investigation deepens and their lives are changed fundamentally as a result. Tobias Santelmann, who plays Yann, represents Marcella’s most direct link to Scandi drama besides Rosenfeldt himself, having starred opposite Friel in Saboteurs as well as a host of other highly praised Nordic performances, although English viewers may also recognise him from The Last Kingdom and Homeland. Ben Cura is newer on the scene but has made his mark in Comedy Central’s Threesome and also starred opposite Dame Joan Collins and (not a Dame) Liz Hurley in the gloriously trashy The Royals. MARCELLA IS AVAILABLE ON DIGITAL DOWNLOAD AND DVD FROM JUNE 20, 2016