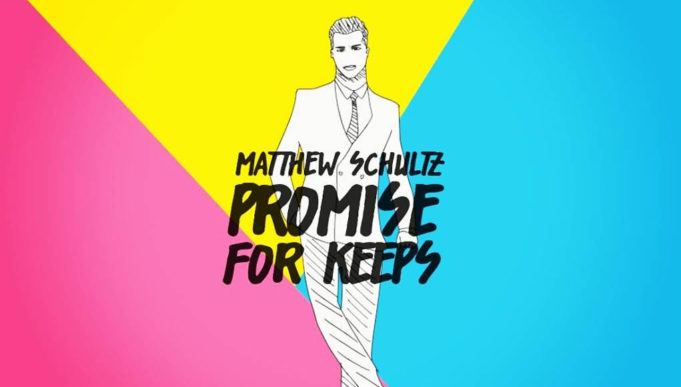 Manhattan-based producer and artist, Matthew Schultz made his eagerly awaited return with the release of a new single on the 2nd of February 2018.

‘Promise For Keeps’ sees him successfully blend elements of EDM and Major Lazer-esque dancehall to great effect and the result is a fresh, infectious and cutting-edge pop track. Available digitally at all major outlets, the new track’s theme is very romantic and wonders about the idea of a long-term commitment to the new love in his life: “I love that I’m close to you, so much love to show to you, I hope I’m not thinking too far ahead….”.

‘Promise For Keeps’, which has hit Number 22 on the iTunes UK Dance Chart and is currently in the Top 100 Beatport Dance Chart, has already had over 1 million plays on Soundcloud on its second week since release on the 2nd of February. There is also a version of the song featuring the Caribbean sensation Gyptian which was released as a surprise on Valentines Day.

Matthew Schultz has been performing since his early teens. The multi-instrumentalist, producer, singer, and actor started out playing guitar in Chris Daughtry’s first band in high school. He has also diversified into acting and been cast for numerous film projects and has featured in the sixth season of The Real Housewives of New Jersey.

Inspired by artists such as James Dean, Johnny Cash, and Elvis to Calvin Harris, Diplo and The Chainsmokers he released his debut single ‘Money or Me’ in 2013.  Produced by Armando Guarnera the track has had over 1.2 million plays on YouTube and earned Schultz a nomination at the EOTM Awards that year as well as one for the best new male artist. He soon followed that up with ‘Crazy Heart ‘(ft. Alessia Guarnera) a year later and then in 2015 he released ‘We Own The Night’ (feat. Jim Jones). A House remix of the tune by Follow The Moon saw his profile and following on Facebook, Instagram and Twitter soar yet again on its release in 2017.

A truly multi-talented artist, the new single ‘Promise For Keeps’ sees Matthew Schultz deliver arguably his finest pop moment to date and should launch him nicely into what is going to be a very busy and successful twelve months ahead.