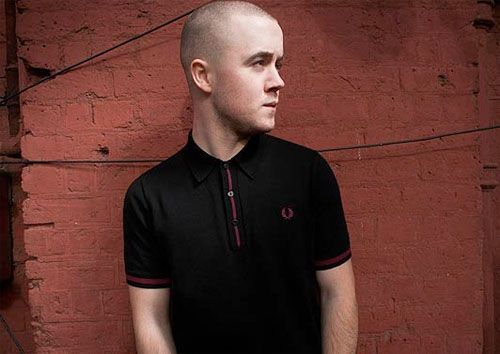 Maverick Sabre is the man of the moment. He speaks exclusively to us about letting go off his addiction to whiskey, his music inspirations and why we will love his new album ‘Lonely Are The Brave.’

Dressed in a casual top in the company of some jeans, this is Maverick Sabre in the afternoon —laid-back, calm and cool-headed. He is now certainly famous, in particular, for his mind-blowing soulful sounds and gritty edginess. He currently has over seventy thousand followers on Twitter, which means it’s only a matter of time before some adoring fans will begin following his every move.

But before the fame, where exactly did Maverick Sabre appear from? “I started off on the Irish hip hop scene when I was about 14-years-old.” Soon after, the singer and rapper whose real name is Michael Stafford created his stage name using his initials. “I wanted a name to represent my music, and I found out that the meaning of Maverick is someone who thinks outside the box, and Sabre is someone who puts on a hard front to get through life.”

Chart topper
Mav who is set to make his chart breakthrough this weekend, says he has also had to put on a brave front to get through some challenging life moments. In the last twelve months, he has toured with Snoop Dogg, as well as being shortlisted for a BRITs Choice Award. So far, many have described the 21-year-old, as the “male Amy Winehouse.” The London-born, Irish singer’s debut album, Lonely Are The Brave, released earlier this week, is a solid take on fresh soul and blues, all topped with a bright mixture of pop- and rap.

“I make all different types of music. I love music. I don’t want anybody to expect a particular sound from me. However, this album is hip hop inspired soulful-folk music, if you’ve liked what I’ve done already then you will also like this album.” If you spend a lot of time on Twitter, or following the music being played on radio, you most likely would have heard someone say “have you heard of Maverick Sabre?” Everyone is now talking about him. With a number one expected this weekend, how was this modest singer-songwriter able to connect with so many through his music?

“I write from my heart and soul to connect with people. I love telling stories and I love expressing myself through my music. I am also a hip hop head, so I am inspired by everything that surrounds hip hop.” His album ‘Lonely Are The Brave’, follows a string of notable collaborations with Professor Green and Chase and Status. Not forgetting two recent hit singles ‘I Need’ and ‘Let Me Go’, which further established him as one of the most exciting male voices in the UK.

But who or what was Sabre asking to let him go? “It was a bottle of Jack Daniels.” He tells me before laughing out loud. He also adds “I used to drink whiskey quite heavily, and it used to get me in to a lot of fights. I’ve damaged a lot of knuckles on my hands and due to that I got into a lot of bad situations. Basically, I was saying I didn’t want to drink whiskey anymore. I wrote it in a way so that anyone could attach any addictions they have had in their lives, whether it is a relationship, an addiction to drugs, money or alcohol.”

He assured me with a grin shortly afterwards that he is now completely free of his dependence to whiskey. “I’ve let go, whiskey doesn’t touch my lips anymore.” In the past year, we’ve seen most significantly Ed Sheeran crossing over into the mainstream and enjoying huge chart success, but Sabre’s crossover won’t just be straightforward. With a captivating sound and a fascinating background, he is now bound to receive the attention he deserves.

And, with the release of his debut album and a balanced celebrity fanbase ranging from Katy B, Plan B and Professor Green, Sabre now faces the challenge of showing the world, who he is and differentiating himself as a long-term solo artist. However, one thing is for sure, Maverick Sabre is already a man in a league of his own.