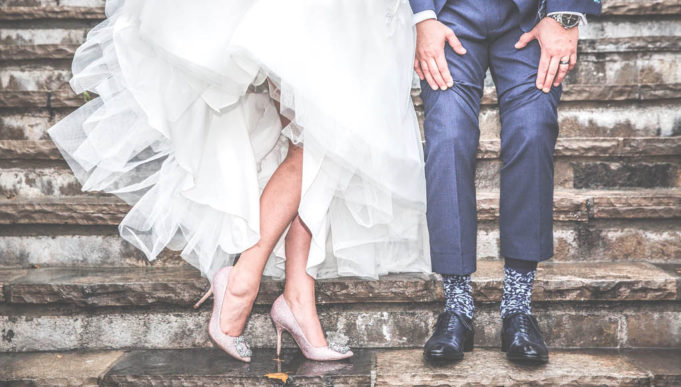 Here’s a tough question for you; would you rather own your own home, or get married to your significant other?

In a world where prices are rising faster than wages, it’s an unfortunate dilemma that many people find themselves caught up in, especially millennials. So what do you choose? Well in a new report from price comparison website MoneySuperMarket, it appears that many are choosing their heart of their future home.

The analysis revealed that 68 percent of Brits taking out a wedding loan don’t own a house – suggesting the nation is prioritising getting married over getting on the property ladder.

Perhaps more interestingly, the figure shoots up to 76 percent for those in the 18-30 bracket and with 26 being the most popular age to take out a wedding loan, the data suggests that millennials, in particular, are prioritising marriage over mortgages.

It’s an interesting result which could suggest the importance of marriage in the eyes of this generation. Instead of bucking the trend and opting for a more “free love” mentality, it appears millenials are just as keen to find the one they love and celebrate their love in a traditional manner.

It could also point to the issues surrounding the housing market, with many being priced out of it completely and instead having to resort to renting instead of buying. This is especially the case within the larger cities in the UK. An average house deposit in London has been estimated at £44,359 which could take years to accumulate, and it appears millennials are happy to put the idea of home ownership to the back of their minds and carry on living.

So what do the experts have to say about the data? Sally Francis, money expert at MoneySuperMarket, commented:

“Both mortgages and wedding loans come with responsibility and commitment but it’s interesting to see that a significant number of us, particularly millennials, are prioritising marriage over buying a home because in reality doing both is often unaffordable.

“Although Stamp Duty has recently been removed for first time buyers, which certainly helps, there’s a lot of speculation that mortgage rates will not be getting any cheaper. With staggering house prices showing no signs of going down and wedding loans also on the rise, it’s more important than ever to shop around and find the best quote when taking out a loan of any kind.”

So if you’re planning on tying the know, what do you need to be aware of in terms of finances?

Well, whilst not as expensive as a house deposit, planning the big day could still end up costing you a fair amount, with the average Wedding loan taken out by couples in the London area coming in at £10,172!

Still, you can’t put a price on love, eh?