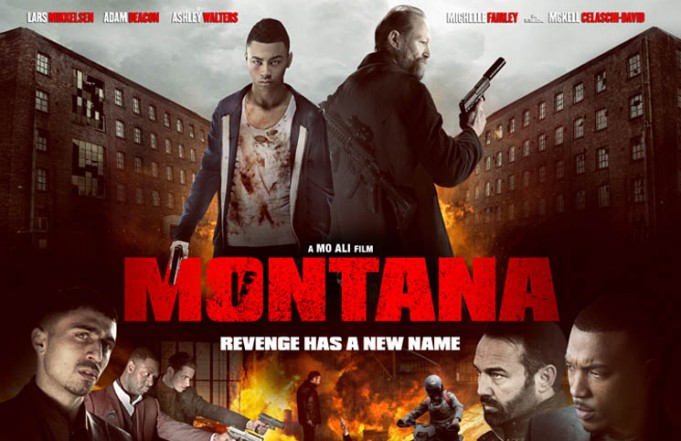 We’ve managed to do it again and bring you another FLAVOURMAG EXCLUSIVE. The first look at the official trailer for new movie Montana, starring Adam Deacon, Ashley Walters, Brad Moore, McKell David, Michelle Fairley and directed by Mo Ali.

Think Kick Ass meets Karate Kid meets Leon and you will start to build a picture of what Montana is all about, however this is a British film with some of our favourite actors and we like the fact that albeit a little ultra violent, its much more than the usual urban street drug dealer scenario we have become accustomed to seeing on the big screen. McKell David plays the role of student perfectly and learns how to become an assassin from his teacher Lars Mikkelsen and with its Leon-esque feel to it, Montana is one to watch this winter..

First look images from the movie:

Official Synopsis:
On the mean streets of London’s East End, fourteen-year old Montana (McKell David – My Brother the Devil, Black Mirror) discovers that the powerful crime lord and ruthless lieutenants for whom he works secretly killed his father.  At the same time Dimitrije (Lars Mikkelsen – The Killing, Borgen, Headhunter), a former Serbian commando, comes looking for the gangster in order to take revenge for the death of his wife and son. Realising that they share a bloody purpose, Dimitrije now mentors Montana in the dark arts of assassination and relearns the value of life as he teaches the boy the true meaning of friendship, honour and respect.

It is directed by Mo Ali (Shank) and produced by Mark Foligno (Moon, The Kings Speech, The Rise) and will be in selected cinemas during December and available on DVD and Digital Download from 19th January 2015.