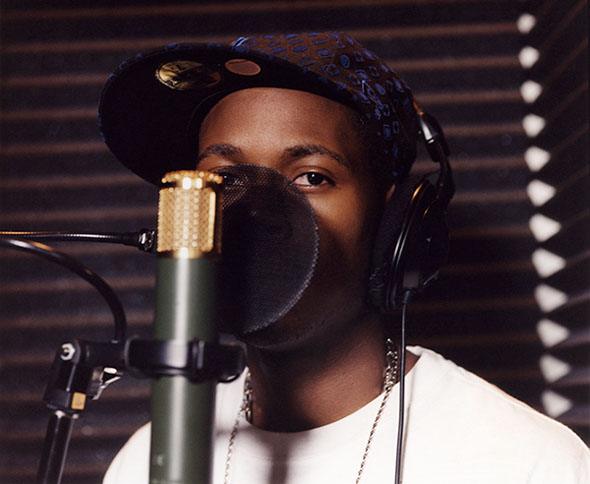 John Yancey also known as Illa J is a hip hop artist, born and raised in Michigan, Detroit. He is the young brother of the late producer J Dilla. His debut album entitled ‘Yancey Boys’ was released by Delicious Vinyl late November. All the production was done by his J Dilla.

How did you take an interest in the music you currently create?
Well, music has always been a big part of my life. For me, it’s more of what music I’m feeling at the time. One day I might wanna do hip hop, and the day after that I’m making alternative rock music. I was brought up on many different styles of music. But as far as hip hop, I’ve always had a love for music, especially since my brother made so much of it. Hip hop was always around.

Who and what music inspired you?
With my family, it’s almost like I had no choice. I knew at a very young age that I was going to eventually have a career in music, I just didn’t know when. My early influences were The Manhattan Transfers, Al Green, Michael Jackson, Prince, James Brown (of course), Hall & Oates, Quincy Jones, The Four Freshmen, Sam Cooke, Marvin Gaye, Stevie Wonder, Kool and the Gang, so many more.

If you weren’t doing music, what would you be doing instead?
I would definitely be involved in basketball. Either playing or coaching. Hopefully on the NBA level (laughing).

What makes you different from other artists?
It’s hard to really say. I’m just me.

If you weren’t born to be who you are now, who would you like to be and why?
I would be Prince, because he can play over 20 instruments, and all I play is bass guitar and keys (laughing). But I still get the job done.

What advice would you give up and coming artists?
If you want to pursue a career in music, definitely buckle up and get ready for a bumpy ride, because only the strong survive. And make sure you learn the business side just as well as the music side.

If your house was on fire, what three items would you save and why?
• My hard drive with all my music because it contains important recordings which mean the world to me.

• My notebooks because it contains a lot of songs, thoughts, and ideas.

• My bass guitar because I love to write songs with it.

This article was written by Michael Lloyd a student on Dv8’s Multimedia and Journalism course. If you live in London and are interested in applying for this course click here. DV8 are based in Walthamstow and also run courses such as the Complete Music Industry Project and Music Production and Business.