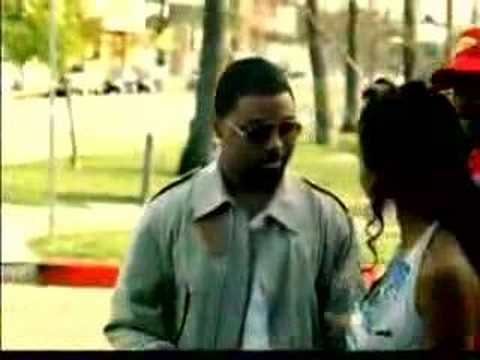 With the start of the millennium came a brand new neo-soul star by the name of Musiq Soulchild. When he dropped Just Friends back in 2000, we knew he was in it for the long haul. Now back after a three-year hiatus, Musiq describes his new album Loveanmusiq as a “reintroduction”. The album went straight in at the top of the American charts and tickets to his concerts in the UK are always sold out with Musiq lovers dying to see his fantastic on stage performances.

Blending a classic mix of funk inspired soul with a dash of hip-hop, Musiq’s catchy material speaks for itself so surely he must be reaping the rewards of his years grinding on the scene? “It’s a job just like everybody else’s,” he tells Flavour. “The past few years that I have been making this album have been a big struggle financially. I’ve done a few tours to support myself. People think it’s all glitz and glamour but we artists have to support ourselves too! One day I might be on a plane first class traveling to Japan, then the next I’ll be in coach going to New Jersey; it might not be glamorous but it’s important to me.”

Soul perks
But surely there are some perks to being a soul star? Some would argue that the groupie love is one of them? “Sometimes that can be a perk, but not always,” he smiles, admitting that rather than concentrating on one relationship, he prefers to have “buddies”. Was India Arie one of them, or were they ‘just friends’? “She was just this really, really cool girl that I was chilling with. I guess you could call it dating but I never really saw it like that. I think that’s why we’re still friends to this day, although very easily things could have got so crazy, to the point that we wouldn’t be talking to each other anymore. Having relationships so heavily dictated by the public can definitely have an affect on them”.

“It’s not easy,” the Grammy-nominated star responds when asked how he manages to juggle his various buddies. “What I’ve found to be true in my experience of women is that they like the idea of exclusivity, but the reality is, that’s not something I have to offer right now, even if I wanted to, and I do sometimes. I like to be as realistic as possible, but some women are not willing to understand that. I just try to accommodate when I can and when I can’t, I just don’t.”

With that his phone rings and he excuses himself, and I wonder whether it’s one of his buddies on the other line…