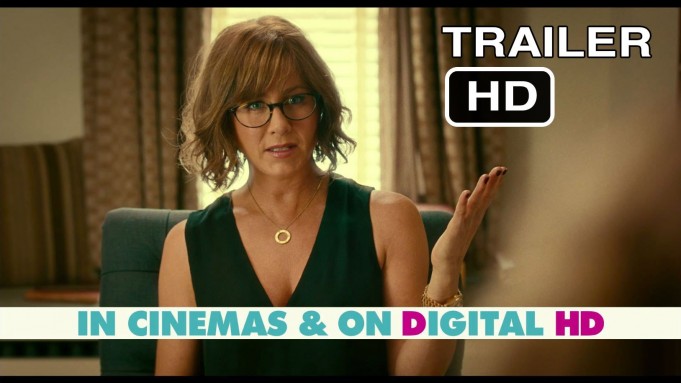 I’m Zehra Phelan, Flavourmag’s resident Film Editor and Entertainment Journalist, each week I bring you my weekly roundup of new movies out in cinema. This week we have an abundance of films and all are pretty decent for once. Choosing our pick of the week is not going to be easy.

Everly (Selma Hayek) has spent the past six years, locked up in one apartment, after being taken against her will, and used as a sex slave. There comes a time when she simply can’t take any more and after one brutal episode to decides to take matters into her own hands and make her escape, things are however never that easy as Taiko (Hiroyuki Watanabe), the evil crime boss who is a human trafficker, wants to punish her for disloyalty, which means only one thing, violence and death for everyone.

Everly is just your basic action movie, set in one building apartment throughout its whole hour and a half; storyline is pretty thin on the ground, with relentless violence and scenes that will give you a belly laugh they are that ridiculous, but this is simply one of those movies so bad you can’t help but like it.

Ray (Rob Knighton), a man in his 50s, returns to his seaside hometown for the first time in years, with a dodgy job to do, a dead brother to visit and old ghosts to confront. There he meets a young, foreign girl, Melanie (Nora Tschirner) having her own crisis. They connect, and despite his murky past and her complicated present, help each other find a way forward.

Everyone’s Going To Die is a surprisingly original, quirky and fresh story, beautifully shot, with moments of dark comedy that will not fail in bringing a smile to your face.

See if you liked: Not Another Happy Ending, Paper Souls.

Hustler’s Convention, which is also the name of his album which is hailed by Grandmaster Flash and Chuck D, been sampled by the Beastie Boys, Wu Tang Clan, and Nas, Hustlers Convention was the foundation for today’s hip-hop scene. The film tells the story of one of music’s buried masterpieces: the missing link between soul power and hip-hop, which gave its creator the right to claim his title as the ‘grandfather of rap’.

This one is for any real music fan containing appearances from the likes of Chuck D, Ice T, KRS One, MC Lyte and Jalal Nuriddin himself you’ll be in for a journey of rap history giving you a very interesting education into one of Hip Hop’s forgotten legends.

Click here for an EXCLUSIVE interview with Jalal Nuriddin himself.

See if you liked: Wu: The Story of Wu Tang Clan, Welcome To Death Row

Minions begin at the dawn of time.  Starting as single-celled yellow organisms, Minions evolve through the ages, perpetually serving the most despicable of masters.  Continuously unsuccessful at keeping these masters—from T. rex to Napoleon—the Minions find themselves without someone to serve and fall into a deep depression. But one Minion named Kevin has a plan, and he, alongside teenage rebel Stuart and lovable little Bob, ventures out into the world to find a new evil boss for his brethren to follow. The trio embarks upon a thrilling journey that ultimately leads them to their next potential master, Scarlet Overkill (Academy Award winner Sandra Bullock), the world’s first-ever female super-villain.  They travel from frigid Antarctica to 1960s New York City, ending in mod London, where they must face their biggest challenge to date: saving all of Minionkind… from annihilation.

What’s not to like about these cheeky little scamps, even the most critical of the animation can’t help but love these little guys. It’s just full of silly fun for all.

See if you liked: Despicable Me franchise.

The cast and crew of a Broadway play are thrown into a romantic roundelay when a lecherous director (Owen Wilson) hires a hooker-turned-actress (Imogen Poots) to star alongside his wife (Kathryn Hahn) and his wife’s ex-lover (Rhys Ifans).

This is surprisingly good for a fluffy and light silly film, guaranteed to make you laugh from the depths of your stomach and Jennifer Aniston playing angry is both hilarious and quite refreshing.

See if you liked: Wanderlust, How Did You Know.

A bounty hunter (Michael Fassbender) keeps his true motive a secret from the naive Scottish teenager (Kodi Smit-McPhee) he’s offered to serve as bodyguard and guide while the youth searches for his beloved in 1800s Colorado.

This is your typical western, given a much needed twist, with lots of empathy. Most westerns all feel the same but with Fassbender taking the helm in this film, it’s given that modern kind of feel to it. This is certainly a film that will linger long after you’ve left the building.

See if you liked: Jonah Hex, The Road.

OUR PICK OF THE WEEK: MINIONS.