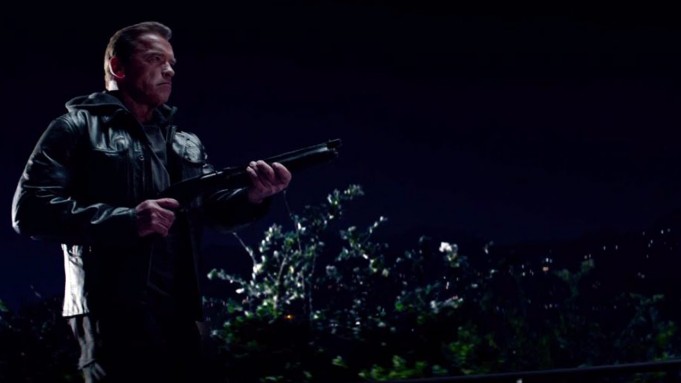 I’m Zehra Phelan, Flavourmag’s resident Film Editor and Entertainment Journalist, each week I bring you my weekly roundup of new movies out in cinema. This week we have a couple of films from franchises in Terminator Genisys and Magic Mike XXL, a music documentary on the music icon, Amy Winehouse and a other dimensional love story in Comet.

When John Connor (Jason Clarke), leader of the human resistance against Skynet, sends Kyle Reese (Jai Courtney) back to 1984 to protect his mother, Sarah (Emilia Clarke), from a Terminator assassin, an unexpected turn of events creates an altered timeline. Instead of a scared waitress, Sarah is a skilled fighter and has a Terminator guardian (Arnold Schwarzenegger) by her side. Faced with unlikely allies and dangerous new enemies, Reese sets out on an unexpected new mission: reset the future.

You really don’t need many brain cells for this one; it’s a Terminator movie alright nothing new to see here. Dead Storyline and highlights the other episodes in this franchise way too much. MOVE ALONG, NOTHING GOOD CAN COME OF SEEING THIS FILM.

See if you liked: Edge of Tomorrow, Terminator Salvation.

AMY tells the incredible story of six-time Grammy-winner Amy Winehouse – in her own words. Featuring extensive unseen archive footage and previously unheard tracks, this strikingly modern, moving and vital film shines a light on the world we live in, in a way that very few can.

Directed by Asif Kapadia, who directed Senna, this was always going to be a brilliant insight into the life of such an icon but at two hours long AMY is certainly a tough watch and maybe just a little too long, it’s a candid, powerful and sombre look at Amy’s short life and brilliant talent. I defy anyone not to come out of this film feeling quite broken and in need of a good hug. A must see for any music.

See if you liked: Sienna, Cobain: Montage Of Heck

It’s been three years since Mike Lane’s (Channing Tatum) retirement from stripping, but the former dancer misses the excitement and feeling of being on stage. Most of all though he misses the best friends that he ever had, the crew known as the Kings of Tampa. Opportunity comes knocking when the guys look him up as they travel to Myrtle Beach, S.C., for a stripper convention. With the promise of outrageous fun, a reinvigorated Mike can’t resist the chance to jump in and take it all off again.

Apart from the fact that Tatum and a couple of others get half naked and gyrate provocatively around the stage, and most of us females will be happy with just that, it like many other sequels just doesn’t quite stand up to its original outing.

See if you liked: Magic Mike, Step Up.

Dell (Justin Long) and Kimberley (Emmy Rossum) have been in their relationship for six years, Set in a parallel universe Comet explores their relationship over five critical moments of this relationship, jumping between each moment to tell this story.  Although Dell was the one to chase Kimberley when they first meet, over the years he ultimately causes the downfall of their relationship with his lack of commitment towards their future together but could this all be a rouse and will their love stand the test of time?

Comet is slightly confusing but with a gentle yet strong story and well written script you’ll most certainly be transported to another dimension.

OUR PICK OF THE WEEK: AMY.