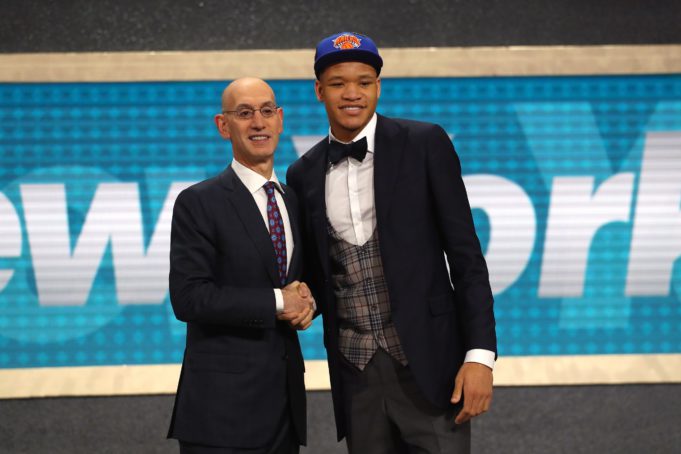 The young forward will travel with the Knicks to London on 17 January to take on the Washington Wizards at The O2 as part of the NBA London Game 2019.

Knox spoke for the first time as a Knicks player last night in New York after the NBA Draft 2018, commenting on the upcoming London trip, “I think it will be a great experience to go to London, I’ve never been before so it will be great to play against the Washington Wizards there. I’ll have a great time out there.”

Talking about the upcoming season, Knox said: “I think it will be great, there are a lot of young guys and they are looking for some more. I’m only 18 but I’m going to work really hard and I think it’s a great opportunity.”

The Washington Wizards will host the New York Knicks at The O2 on January 17. To sign up for early access to tickets, exclusive offers and the latest team news, please visit www.NBA.com/London.