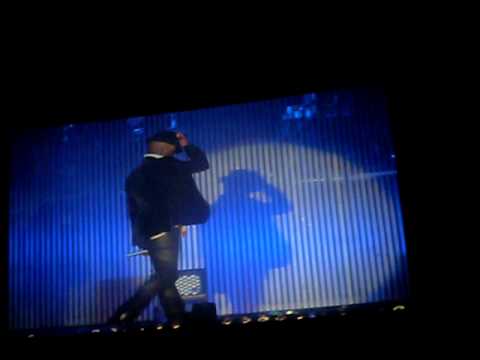 RnB singer/songwriter Neyo begins to cry during his concert in Manchester, England. See the footage below and also read Neyo’s statement.

Basically, I have an issue with not knowing when to say enough is enough, so last night in Manchester, my body said it for me.

I got on stage energized and ready to go, even though for the last 5 days, I’ve been dealing with a sinus infection. I paid it no real mind, and kept on going, like I always do. My voice couldn’t take it. From the first song I knew something was wrong. I shoulda stopped there, but I come from a school where no matter what, the show must go on. It wasn’t until about 4 songs in that I came to the painful realization that my voice was done, literally nothing left, and that I would have to stop the show.

If the one thing you cared about more than anything else in the world was threatened or even taken from you, if you knew that the people you cared for the most you had to disappoint and it was your fault… and this didn’t spark some kind of emotional outbreak within you…then with no shame I’ll say you are truly a stronger man than I.

Thanks to the fans for the love and concern.

And to the bloggers….go to hell.

What do you think, is it okay for a man to cry?