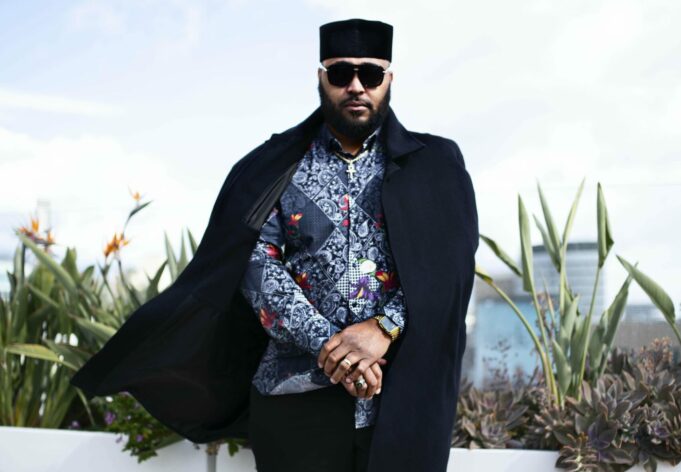 Gospel musician, producer and Anointed Radio Network Founder, Pastor Jaylon Calhoun, is taking us higher with the release of his newest uplifting single, ‘Wake Up Blessed.’

The energizing, genre-bending Christian EDM track debuted via AMP Records on October 20. Calhoun’s style has grown in scope and depth, since originally being compared to music heavyweights Luther Vandross and Fred Hammond. The evolution of his music to more energizing and soulful electronic beats continues to be an area of passion and purpose as he takes his message of hope beyond the boundaries of the church. Inspired to write this joyous track by the events of 2020, Pastor Jaylon Calhoun reminds his listeners to feel grateful for the things they do have. ‘Wake Up Blessed’ is a constant reminder and advocate for positive thinking!

Pastor Jaylon Calhoun is a Richmond CA Native who started singing at the age of 7 with the Malcolm X Performing Art Academy in Berkeley, CA. Having won awards with his childhood church choir (Antioch Church Family in Antioch CA), Pastor Jaylon Calhoun has spent his adult life directing youth choirs around the Bay Area and became the Worship Leader for Pastor Dave Hollister. Now residing in Las Vegas, Pastor Jaylon Calhoun founded a Christian Radio Station called Anointed Radio Network which was nominated for awards in 2019. With his unique brand of EDM, he is bringing positivity and faith back to the airwaves.