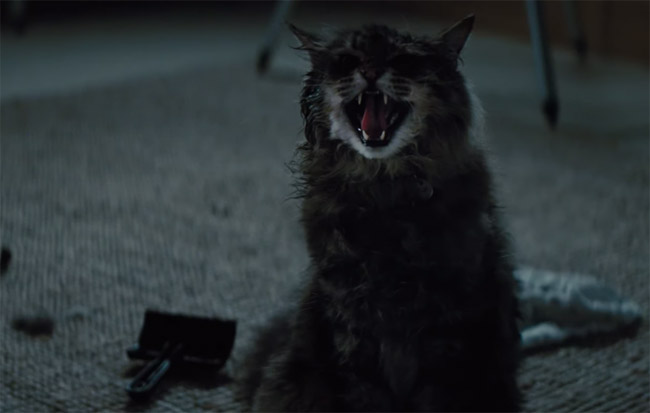 A creepy 21st-century remake. A resurrected classic that turns out to be a comedy of grisly errors.

Stephen King has certainly been the godfather of horror for many years, and in recent years his novels have been getting the much-revered cinema treatment as audiences thirst for a revival in decent horror pictures. Now 30 years after Pet Semetary was made for the big screen, it’s got that creepy 21st-century remake, a resurrected classic that turns out to be a comedy of grisly errors.

The story centres around the Creeds, Louis (Jason Clarke), a hospital doctor, his wife Rachel (Amy Seitmetz) and their two children Ellie (Jeté Laurence) and Gage (Hugo Lavoie) move from the city to a more rural part of Maine to get away from the long hours and stresses the city brings. Moving into what looks like a rundown country home, in the middle of nowhere, with a dense forest as your backyard is the perfect setting of a classic horror plot.

Thanks to their lonely neighbour Jud (John Lithgow) – who becomes part of the family simple after one dinner – , Louis is amazed to find out that the local kids, dressed in masks in a pagan like ceremony, bury their dead pets on a patch of their land but this land comes with its own supernatural price, it can resurrect the dead. When the family’s beloved cat Church is run over, Louis just can’t face telling his daughter what really happened to Church and he doesn’t need to. Good old, kind-hearted Jud doesn’t want her to suffer so convinces Louis to bury the cat in the sacred ground but Church comes back to life, not quite feeling himself, looking dishevelled with an evil soul.

From a horror, you want to be satisfyingly chilled to the bone, scared out your wits and disturbingly horrified but having flipped the switch and scrapping the storyline down to its bare bones gives the intentional and unintentional laugh out loud moments the power. This isn’t a case of less is more, please sir, can we have more? It rushes through its foundational elements just so Co-director’s Dennis Widmeyer and Kevin Kolsch bigger picture can focus on the theme of Death and a parent’s explanation to a child of its inevitability.

If there was one sub-plot we just didn’t need, it rears its ugly head in the form of Rachel’s traumatic past. Via flashback scenes spluttered through the first three acts, we are transported to Rachel’s childhood and her own guilt she feels over the death of her deformed sister. It’s a bunch of flashback scenes that could go head to head with the likes of Carrie or The Exorcism of Emily Rose and come out on a par. Maybe they could make another picture out of that story alone, it just distracts from the main story, feeling confusingly out of place.

Whether it was meant as a comedy is anyone’s guess, but the trend of the remake just isn’t going away, but changing it up and adding a twist or two doesn’t harm the story but makes it feel just a little fresher than the stench of death.

Pet Semetary is out in cinemas April 5th.