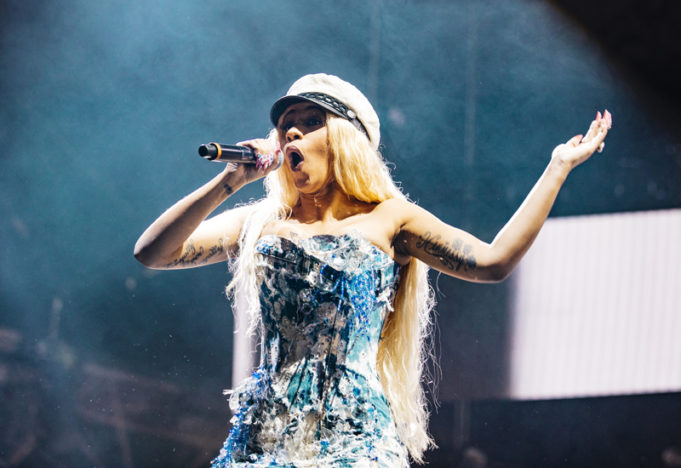 Spotify’s first UK show ‘Who We Be’ took place at Alexandra Palace last night, with a sold-out show which saw 10,000 fans come together to enjoy the best of urban music.

Cardi B flew in to join some of the biggest names in British urban music with the full line up including Bugzy Malone, Dizzee Rascal, Giggs, J Hus and Stefflon Don. The night also saw Surprise performances from viral internet sensation Big Shaq, newcomer Hardy Caprio and London favourite Dave.

The Who We Be live event, which takes inspiration from the Spotify playlist of the same name, saw the best of urban music under one roof. A celebration of both British and US urban, grime and hip-hop talent, the show featured New York native Cardi B – in her first UK performance – who performed her hit song ‘Bodak Yellow’ to thousands of cheering fans.

The crowd also enjoyed the best of British talent with performances from Birmingham’s Stefflon Don and Manchester’s own Bugzy Malone, who brought out up-and-coming vocalist Tom Grennan, and even did the Mobot with Mo Farah backstage.

A surprise performance from viral internet sensation Big Shaq tore the roof off Alexandra Palace as he dropped his hit song ‘Man’s Not Hot’ with fans singing along to every line. Newcomer Hardy Caprio also joined the line-up, and Giggs brought out London rapper SneakBo, who he has previously collaborated with on 2017 hit ‘Active’.

Who We Be is curated by Spotify’s in-house urban music team, led by Senior Editor, Austin Daboh, and is one of Spotify’s most listened-to playlists in the UK, with over 185,000 followers. The event marked an exciting milestone for Spotify, not only moving into the live music arena – working together with promoters SJM – but also continuing its investment and support within UK urban music.

Spotify has played a major part in promoting new rap, grime and urban talent, with artists such as Bugzy Malone starting out on the New Music Friday playlist, progressing onto Who We Be and then ending up on Hot Hits UK – the UK’s largest pop playlist.