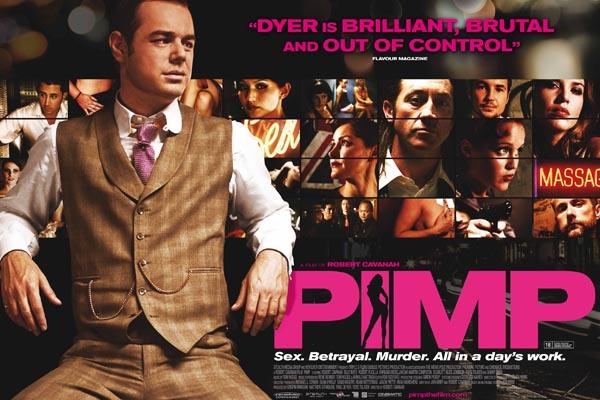 Whilst working as a hustler and pimp in Soho’s sex industry for Stanley (Danny Dyer – Dead Man Running), Woody (Robert Cavanah) agrees to be filmed by a documentary camera crew for one week.

These are the least of his problems though, when one of his girls, Petra (Barbara Nedeljakova – Hostel), goes missing. During his frantic search for her through the seductive Soho underworld Woody soon finds himself starting to question his whole life – a life he now finds spiraling brutally out of control…

Featuring an explosive cast (including Billy Boyd, Scarlett Alice Johnson, Martin Compston, Robert Fucilla and Susie Amy), Pimp is a sexy, exciting and action-packed look at the darker side of London’s glamorous and dangerous nightlife.

PIMP is out now cinemas, as well as on FilmFlex, iTunes, Playstation and LOVEFiLM

The DVD and Blu-ray is out now with the following extras; Special Features, ‘Making of’ documentary, Deleted Scenes, Stagger Rats music video

Go to www.pimpthefilm.com to see more