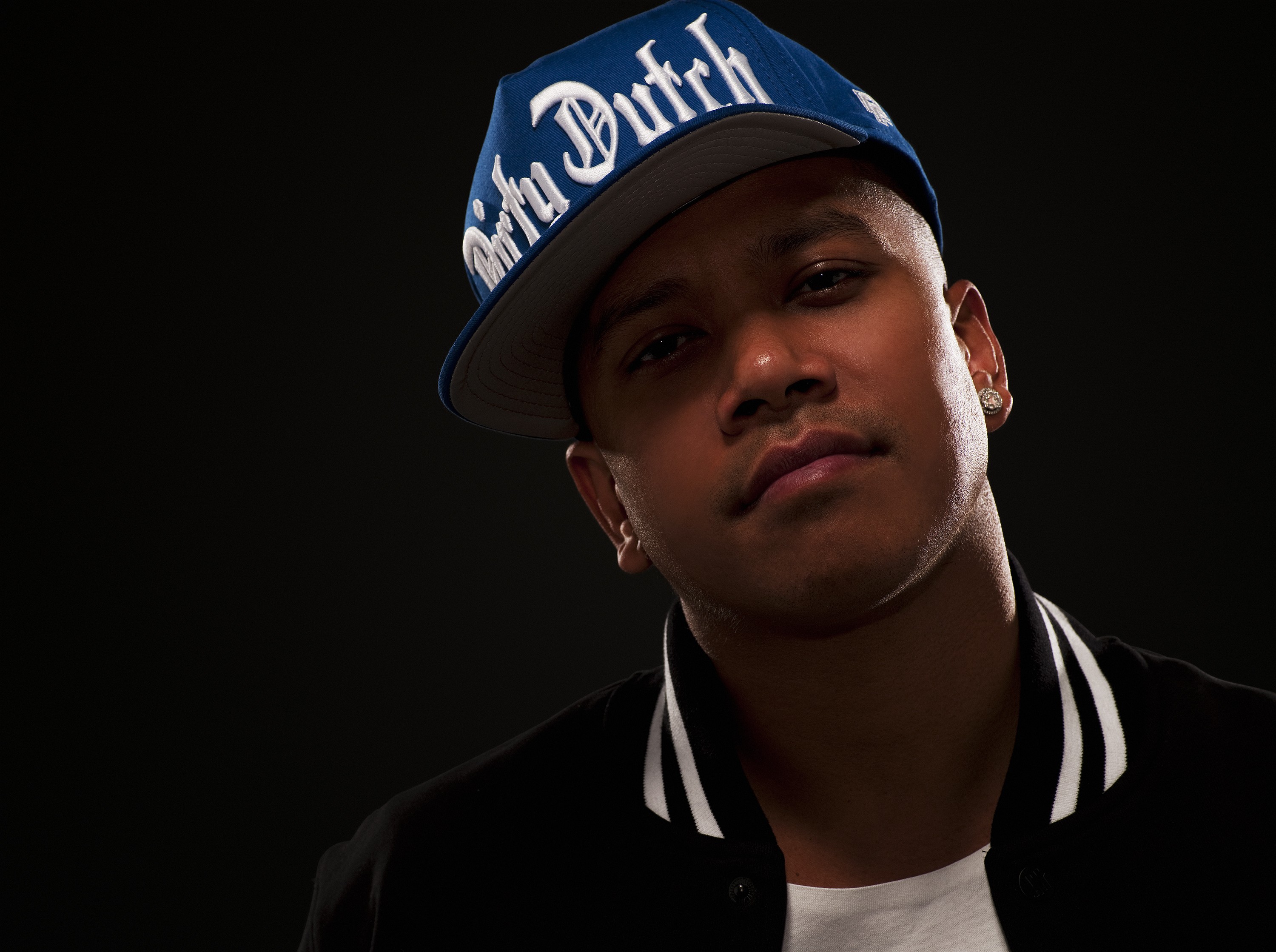 If you’ve listened to the radio in the last few years, there is a chance that you probably  have heard DJ Chukie featured on a song or three. The world famous DJ/Producer has gone from a well known showman on the dance music scene to a household name. He rose to fame with hits like ‘Let The Bass Kick’, ‘Aftershock’, and bunch of other dancefloor fillers.  Now, Chuckie is one of music’s preeminent DJs,  fusing together dance, hip hop and RnB, while building a legion of fans worldwide. Forbes magazine recently dubbed him a ‘global phenomenon’, and with his brand new single, Makin’ Papers,’ featuring Lupe Fiasco, Too $hort, and Snow Tha Product, we can expect to see a lot to come from this dance music messiah in years to come.

Tell us about your new single ‘Making Papers’. What’s the inspiration behind it?

I think ‘Makin’ Papers’ was the natural next step for me. I have been merging hip-hop with dance music for years now but I’ve never taken it to this level before and it felt the right time to do that. The track has been a way of bringing two of my biggest passions, hip-hop and electronic music, even closer together. I’m really hyped that I have been a part of that.

Does it also have anything to do with the fact that you are a bit of a keen paper maker yourself?

If all you are interested in is making papers then you should watch the video and perfect that art of pulling off a heist. Once you’ve managed that, it’s beaches and surf for the rest of your life!!

What was it like working with Too Short and Lupe Fiasco, who are both considered legendary rappers?

It was great. I’ve been a big fan of hip-hop for so many years and to work with people who have been so important for the scene was definitely a special thing for me. But what was even cooler was that these guys were really into the project as a whole and gave it everything. The guys were really fun to work with too plus, they know their shit..their skills are off the hook!

‘Making Papers’ received its world premiere on SiriusXM radio and Eminem’s Shade 45. How did that feel?

Yeah, that was super cool because it demonstrates that the track is being digested in the way that we really wanted it to. The cool thing about Makin’ Papers is that it can fit on so many different radio stations, shows and mixes etc. I love the idea of someone who is really into hip-hop getting introduced to electronic music through Makin’ Papers and vice versa.

What’s been the response so far?

The response so far has been great. There has been a real crossover with this track, which is exactly what we wanted to achieve. But aside from that, I’ve been getting loads of calls and messages from people who just love the track for what it is.

Your production and sound is beyond comparable, like a fusion of hip-hop, electronic and dance. Is this a deliberate thing you’ve done to not to be pigeonholed?

It’s just a reflection of my personality, my music taste and me. As far as I am concerned, good music is good music regardless of what genre it is. So I have always played a lot of different musical styles in my sets. Apart from anything else, I think I would get really bored if I was just playing all the same music the entire time too.

You have worked with a lot of artists, T-Pain, David Guetta, Black Eyed Peas, Rihanna and Michael Jackson to name a few. Who has been your favourite?

That’s an impossible question to answer. I have worked with a lot of artists over the years, but each one has brought something different to the table each time. I’ve learnt a lot from the people I have made tracks with and I feel really privileged to have had the chance to work with so many talented musicians.

Is there any particular artist/s on your radar who you’d like to collaborate with next?

I think the top man on the wish list would have to be Jay-Z. He’s an amazingly talented artist and one that I really look up to. What he has done for the scene is remarkable and I would love to get into the studio with him.

Now some may not know this but you live in Aruba, what is it like living there?

It’s amazing! It’s beautiful but most importantly for me, calm and offers a relaxed pace of life. I don’t get to spend too much time at home but when I do, I need a complete change from the hectic lifestyle of constantly being on tour. Aruba is great for that. I get to truly unwind with family and friends, relaxing on the beach, taking boat rides and generally taking it down a few gears.

You travel quite a bit and Forbes recently called you a ‘global phenomenon’. Is there a country you like to call home? Or you like to visit the most?

I am from Suriname and Holland, but I consider Aruba to be my home. For me, home is the place you go back to in order to chill, relax, unwind and spend some downtime. That is definitely Aruba for me right now!

How long does it normally take you to make a beat?

It all depends. Sometimes you go into the studio and the juices just flow and everything happens pretty quickly but at other times, you can be slaving away on a track for weeks. It honestly varies so much that I can’t give you an accurate answer here.

Do you have a particular audience in mind when you’re making beats? ‘Let The Bass Kick’ has gone down as a classic, at any point has it ever been difficult to top that?

You ultimately have to make music for yourself. If you start thinking about how other people will receive it then you run the risk of sounding forged and contrived. It’s the same with trying to emulate previous successes – if you chase that then you are going to loose track of where you really want to go.

You are no stranger in playing in front of large audiences – the famous Dirty Dutch events attract 30,000 people. Do you ever get nervous?

Yeah. I do get nervous sometimes, but in a really good way. It’s more like excitement I guess. I don’t ever want to stop feeling like that at big shows – it’s a great feeling!

So you’ve already achieved a significant amount in your youthful life. What’s next for DJ Chuckie?

There is no specific plan, I just want to keep evolving and developing as an artist. I want to take Dirty Dutch to even more countries and I want to spread our sound further around the globe. Lets keep it simple.