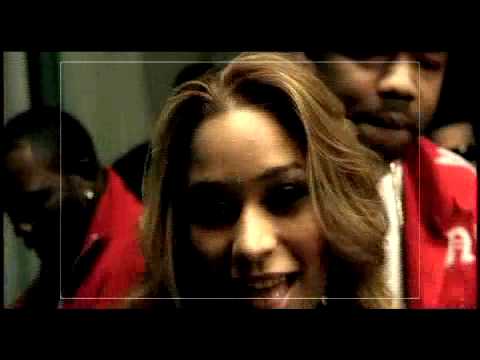 It’s pretty much an understatement to say Ray J made a name for himself distinct from the other famous member of his multi-talented Norwood family. Since his debut in 1997 (at 16) he’s grown from being Brandy’s little brother to becoming a man and his own entity – mastering music, acting, and now adding the title of entrepreneur with his own company, Knockout Entertainment and an upcoming VH1 reality show. Although I was told that no question was off limits – a tempting invitation due to everything circulating online about Ray J on gossip blogs over the past few years. I decided to wait and see how the interview went and to take it from there.

Star collaborations
I asked him about his new album, All I Feel. ‘You know, it’s like about what I’ve been feeling and experiencing for a while… different situations and relationships and things I been through’, he replies. Although the lead single is Sexy Can I featuring Yung Berg (with a video that showed he likes to keep a camcorder ready to capture his life’s… uh… ‘private moments’), Ray J says: ‘I like all the songs on the album. But if I had to choose one, then [it would be] All I Feel —the more emotional title track that also showcases his lovely piano playing. As for the star collabs, he mentioned? ‘Yeah we got The Game on this album, Styles P and Shorty Mack. Keith Crouch produced, plus some new producers I’m workin’ with.’

His company is a multi-million dollar venture with NBA star, Shaquille O’Neil’s entertainment company, Deja34. ‘You know, I’m just doing my entrepreneur thing,’ he says nonchalantly. ‘I’m more in the business side of things now and I’m still just as serious about the work side [as an owner] than I was when I was just workin’ as an artist or acting.’ With his business venture comes many projects in the pipeline, due to appear in the next few months. ‘We got my man Shorty Mack, Max Lux, and The E.O.E who is also in the room with us. He’s coming out soon so look out for that.’

Then I decided to flip the script ‘cos little did he know that I had interviewed him before—11 years ago, to be exact. I told him this and I even pulled out the original interview and his eyes opened wide in surprise as he and his crew started laughing, especially when he saw the younger picture of himself. ‘Yo, that’s little Ray J right there,’ he said – cracking up at the memory. One question I asked him from the old article had the whole room laughing, when I once asked him about his musical influences and his 16-year-old answer was, ‘I like Whitney Houston, Bobby Brown, Michael Jackson, and Brandy’. It was at this point I asked him if he felt the same or had his preferences changed? His head flew back with laughter, then he mischievously said: ‘They’ve changed a little, but some are still the same.’ It’s apparent there’s more to be said in the understated than the obvious, but you can visit Ray J’s site online at www.rayj.com for the rest.